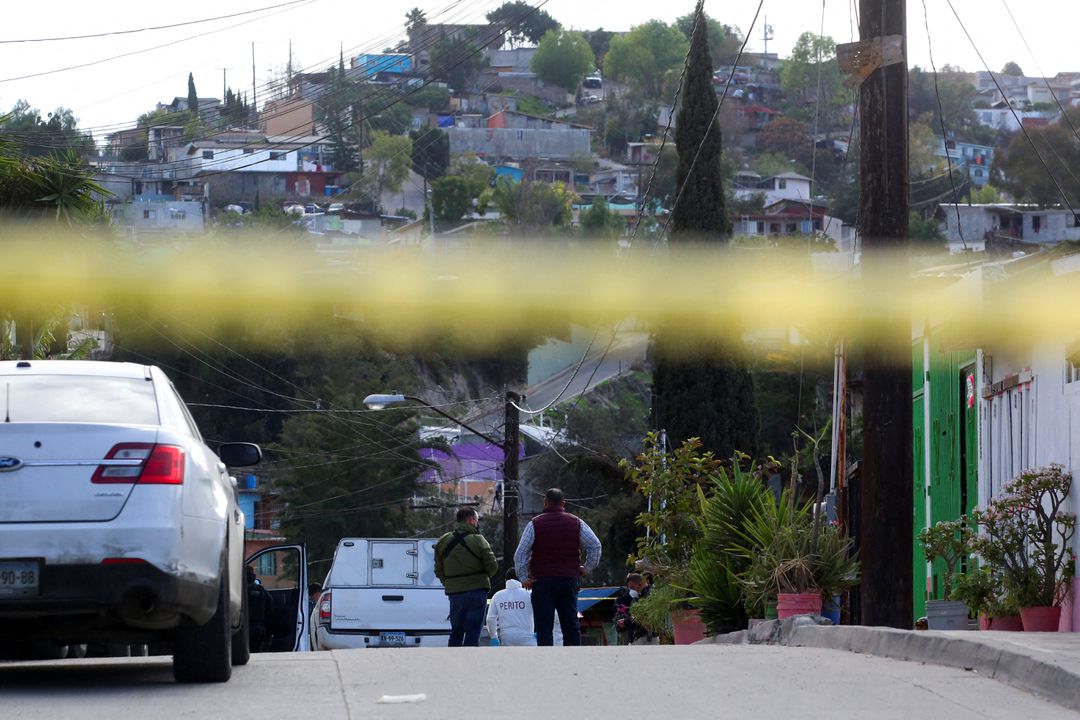 Authorities work at the scene where Mexican photojournalist Margarito Martinez Esquivel was killed outside his home, in Tijuana, Mexico, January 17, 2022. REUTERS/Jorge Duenes

MEXICO CITY — A Mexican photojournalist died after being shot in the head outside his home in the northern border city of Tijuana, officials said on Monday.

Margarito Martinez, 49, worked for more than a decade in Tijuana for several national and international news outlets covering the gang crime and violence that has scarred the city, which sits on U.S.-Mexico border opposite San Diego.

The Attorney General’s office in the Tijuana’s home state of Baja California said officials who responded to a 911 call around midday found Martinez’s body outside his home with a head injury caused by firearm.

A fellow journalist from Baja California said Martinez had been included in a state program aimed at safeguarding the lives of journalists.

“He recently entered the protection program because he received threats,” said the reporter, who requested anonymity.

Tijuana has become one of Mexico’s most violent cities due to conflicts among drug gangs caught in turf wars over trafficking routes.

Baja California’s Human Rights Commission condemned Martinez’s killing, saying “any attack on journalists constitutes an attack on freedom of expression and the right of society to be informed.”

Martinez was the second journalist to be killed this year in Mexico, after the death of Jose Gamboa last week in the southeastern state of Veracruz.

From 2000 to 2021, human rights group Article 19 has registered 145 murders of journalists in Mexico, with seven deaths recorded last year.