In Batanes, octogenarian dies of COVID-19 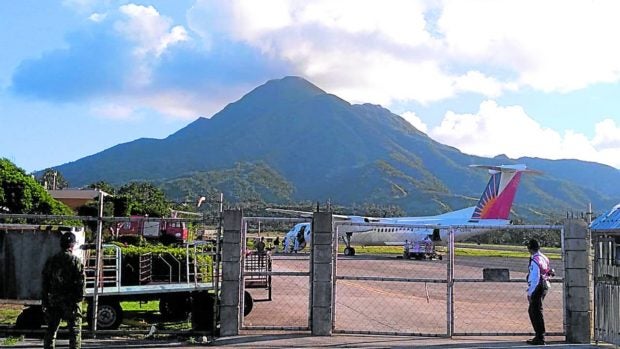 NORTHERN GATEWAY Basco Airport, which serves the province of Batanes, receives only two flights in a month.—NATHAN ALCANTARA

ITBAYAT, Batanes, Philippines — About 90 passengers of a Philippine Airlines (PAL) flight that landed in Basco town of Batanes province on Saturday were placed on quarantine after an elderly passenger tested positive for COVID-19 and died hours after arriving on the island.

The 80-year-old returning resident of Ivana town in this northernmost province was assigned to a quarantine facility due to his comorbidities after arriving at the airport in Basco at around 8 a.m. onboard a PAL flight from Manila, said provincial health officer Dr. Allan Sande.

But the man was taken to Batanes General Hospital on Saturday afternoon after experiencing difficulty in breathing and had tested positive for COVID-19 based on a rapid antigen test. He died at 12: 44 a.m. on Sunday, Sande said.

“He was buried immediately in accordance with the protocols in managing deaths during the pandemic,” Sande told the Inquirer in a phone interview.

The patient was the sixth COVID-19 fatality in the province, which had six active cases as of Sunday.

Asked if the man was infected with the highly transmissible Omicron variant, Sande said: “Usually the genomic test results to confirm this takes weeks to come out. But we can already assume it is [Omicron] because this is already the predominant variant in Manila where he came from.”

The other passengers of the same PAL flight from Manila started undergoing a 14-day mandatory quarantine in various facilities in the province on Sunday, based on the guidelines of the Inter-Agency Task Force.

Local officials had no knowledge if the crew members of the PAL flight were also isolated as they had already left the province when the passenger was confirmed to be a virus carrier.