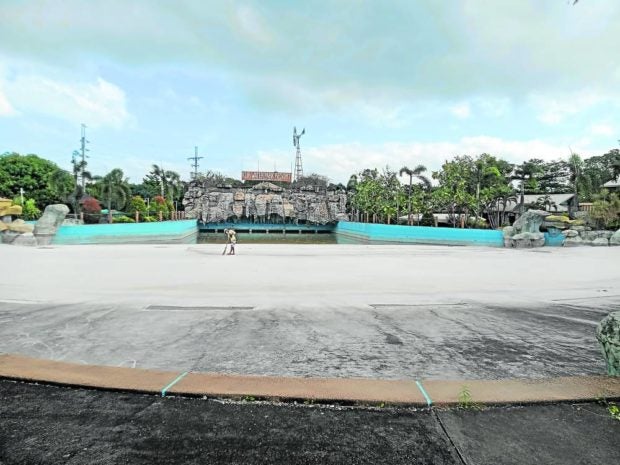 GETTING READY The wave pool of Klir Water Park Hotel and Resort in Guiguinto, Bulacan, is being cleaned on Saturday for a prospective summer opening. —CARMELA REYES-ESTROPE

CITY OF MALOLOS, Bulacan, Philippines — Resorts and other tourism facilities in Bulacan have been busy preparing for summer guests despite the recent fresh wave of coronavirus infections in the province.

Many of Bulacan’s resorts were finally able to reopen during the last quarter of last year and the Christmas holiday when infections dropped but have to close anew or scale down their operations as the province went under alert level 3 from early January until the end of the month as infections climbed again.

Still, the province’s tourism industry stayed bullish and hoped to reopen before the summer months (March to May), which is traditionally the peak tourist reason in Bulacan, said provincial tourism officer Eliseo dela Cruz.

Dela Cruz said many families from Metro Manila, buoyed by the waning virus cases in the national capital and its neighboring areas, spent their Christmas holiday in Bulacan resorts because their pools and water parks offered a respite from two years of quarantines.

As of Saturday, however, Bulacan’s number of active COVID-19 cases had risen to 9,270 from barely a handful at the end of 2021.

Angel Aldaba, owner of Lawiswis Kawayan Resort in Calumpit town and a former president of Baro, said many of the water park owners remained optimistic that 2022 would be a good year for their trade.

The prospective leisure travelers also have no reason to be scared if they take precautions, Aldaba said.

“There are those who remain very afraid and pessimistic because of the pandemic, but it should not be the case. There are those who have mastered how to best protect themselves by following the minimum health protocol and yet still enjoy life. Let us not overreact. Let us stay safe but at the same time also enjoy the summer season,” added Aldaba.

Crowd-drawing facilities like Klir Water Park Hotel and Resort in Guiguinto town, for example, planned to reopen by the end of February or early March even if Bulacan remains under the alert level 3 status, said the resort operations manager, Melody Ramos, on Sunday.

Just last Christmas, the resort, famous for its wave pool, was fully booked, only to shut down anew at the start of the year.

Ramos said when they reopened next month, the resort would only be accessible to fully vaccinated adults.