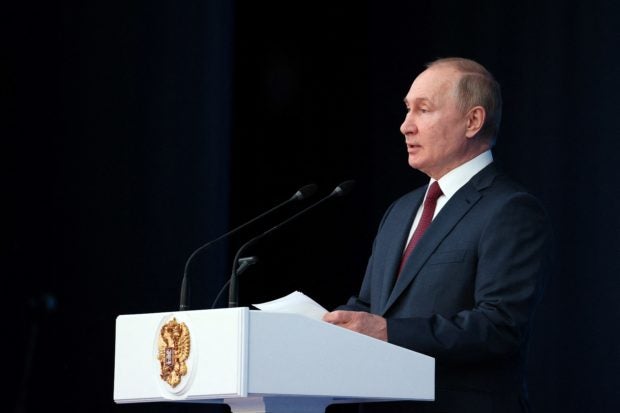 MOSCOW — Russian President Vladimir Putin has tasked his government with submitting proposals to build a railway link to the Barents Sea coast as Moscow races to develop the Arctic.

Putin has made Russia’s Arctic region a strategic priority and ordered massive investment in military infrastructure and mineral extraction.

Putin ordered Prime Minister Mikhail Mishustin to “submit proposals for the creation of a railway route to the Barents Sea”, the Kremlin said late Friday. The deadline to present the proposals is May 10, the Kremlin added, without providing further details.

The end point of the railway track is expected to be the settlement of Indiga in the Arctic region of Nenets where Russia is hoping to begin building a year-round port in the next few years.

In 2018, Finland and Norway said they would jointly explore building an Arctic rail link from northern Finland to the Barents Sea coast.

The development of the Northern Sea Route is closely linked to Russia’s Arctic push and Moscow has channelled large sums into a fleet of icebreakers and ice-class tankers.