CBCP head: Marcos dictatorship not a ‘golden age’ for PH 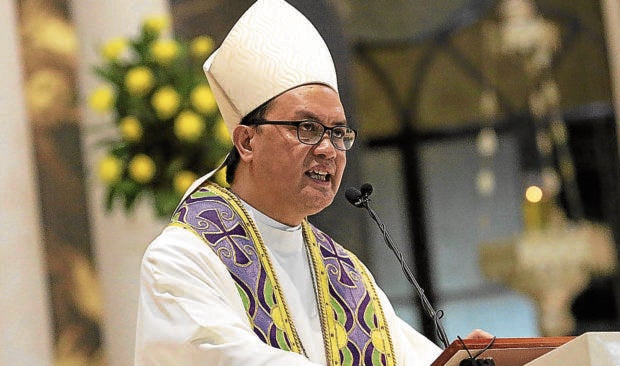 This was the reaction of Bishop Pablo Virgilio David, president of the Catholic Bishops’ Conference of the Philippines (CBCP), to the disinformation spreading on social media claiming that the Philippines was at its “golden age” during the dictatorship of Ferdinand Marcos.

“Well, the truth was plain and simple: martial law was simply a democratically-elected leader, wanting to stay in power longer than the Constitution would allow him,” David told the Global Grand Breakfast forum of the Brotherhood of Christian Businessmen and Professionals on Saturday.

David tackled the rampant instances of disinformation especially in social media, which he said would be “crucial” for the May 9 elections.

In particular, the former bishop of Caloocan City said that Church leaders could not afford to keep quiet especially amid the spread of disinformation by some candidates who claim how great the years were under the Marcos dictatorship.

David pointed out that the late strongman Marcos wanted to keep himself in power by having the Constitution “abolished,” Red-tagging and jailing protesters and having all opposition figures arrested and jailed.

“All for the sake of perpetuating himself in power for another 14 years,” David said. Marcos’ second term was supposed to end in 1973. But he declared martial law in 1972 to keep himself in power.

“So, how could you call that the golden age of the Philippines?” the bishop asked. “He also suppressed the freedom of speech and legitimate dissent.”

Marcos’ son and his namesake, Ferdinand “Bongbong” Marcos Jr., is running for the presidency in this year’s elections. His running mate is Davao City Mayor Sara Duterte, the daughter of President Duterte.

During the course of his discussion, David did not mention Marcos Jr. and his candidacy, but he slammed the disinformation on social media, which claims that the time of the latter’s father was the “best years” of the country.

“To change that narrative … it is not just an alternative narrative, but a blatant lie,” David stressed.

“A misrepresentation of events. It is not just a revision [of history], but a falsification of history. It is every bit morally wrong,” he also pointed out.