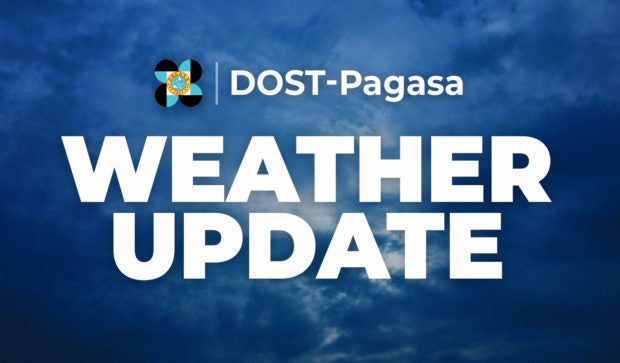 MANILA, Philippines — The northeast monsoon or “amihan” and the shear line will bring rain to most parts of the country on Saturday, according to the Philippine Atmospheric, Geophysical and Astronomical Services Administration (Pagasa).

( No low pressure area is being monitored within PAR. The shear line is affecting  the weather in the eastern section of Mindanao.)

(Meanwhile, the northeast monsoon or amihan still affects the weather in the rest of the country.)

The northeast monsoon will also bring partly cloudy to cloudy skies with isolated light rains to Metro Manila and the rest of the country.

Below is the forecast temperature range in key cities/areas: