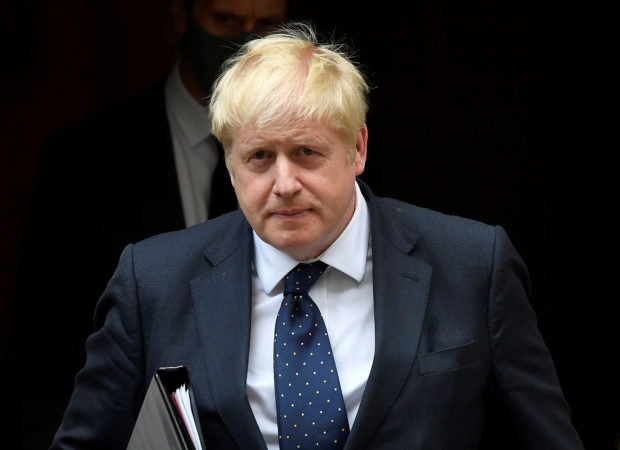 Voters in suburban Uxbridge, on the fringes of Greater London, feel anger, disappointment and resignation at the ongoing accusations, including that the prime minister’s staff partied on the eve of Prince Philip’s funeral.

But attitudes have changed in the Conservative stronghold, as the growing scandal has engulfed Johnson and seen some of his own MPs call for his resignation.

“He’s arrogant,” said Labour voter Daniel Hawes, 67. “The man has got no shame. You can’t trust a word he says.”

The UK government on Friday apologized to Queen Elizabeth II after it was revealed Downing Street staff held two parties the night before the funeral of the Queen’s husband.

Public and political fury has centered around the contrast between that and the 95-year-old monarch obeying social distancing rules while saying goodbye to her husband of 73 years.

At the same time, they have highlighted their own personal sacrifices, including not being able to visit sick or dying relatives, or attend their funerals, because of the Covid rules.

“It’s absolutely disgusting that somebody who is supposed to be a leader breaks their own rules,” said pensioner Keith Kelly.

“It’s a disgrace, it really is. And it’s a shame on democracy,” said Kelly, noting that “a fish rots from the head down”.

“You would expect that your local MP kind of lives up to some standards. So in that respect, I’m disappointed (but) I don’t think many people are surprised,” he said.

Nevertheless, “people kind of expect it from Boris Johnson because he sets standards so low, so low that he kind of trips over them all the time,” he said.

“People kind of shrug their shoulders and say ‘oh well, that’s Boris,” said Kelly, who has no particular political affiliation but says he wouldn’t be surprised if Boris were re-elected.

“The question really is whether or not he remains the leader of the Conservative Party.”

Some voters, like housewife Rima Zantout, are more forgiving.

“I don’t feel they should really like punish him,” said the Conservative supporter, 56, calling the party allegations “a small thing” and suggesting there may be a conspiracy afoot.

Others say that in the greater scheme of things, the allegations against Johnson were not so bad.

“Particularly people who in some way have suffered through this Covid, people who’ve had relatives in a hospital,” said Taylor, who voted for Johnson in 2019.

“But on the other hand, he’s doing a very, very difficult job and coping OK… (holding parties) was wrong but not a disaster,” he added.

Machu, who is currently on maternity leave and usually votes Conservative, said the town is one of “disappointment for people who voted for him, trusted him, and then he let them down”.

“And after the disappointment comes anger thinking like ‘you, Boris, think you are better than anyone else’,” she said, in the cold January sun.

“I think he’s too sure about himself. And he thinks nothing can touch him. He says ‘yeah, I’m sorry, I made a mistake but on the other hand, I know nothing can be done about it and I’ll stay in power’.”

Machu said she is now hesitant to give Johnson her vote again. “His behavior makes me think ‘is he the right person who should be at the head of power?'”

Taylor said that if the party allegations are proven, Johnson should resign.

“I wouldn’t like it, but I think he should.”

“I don’t think they’re capable. I mean, they just don’t have the ability that Boris Johnson has.”