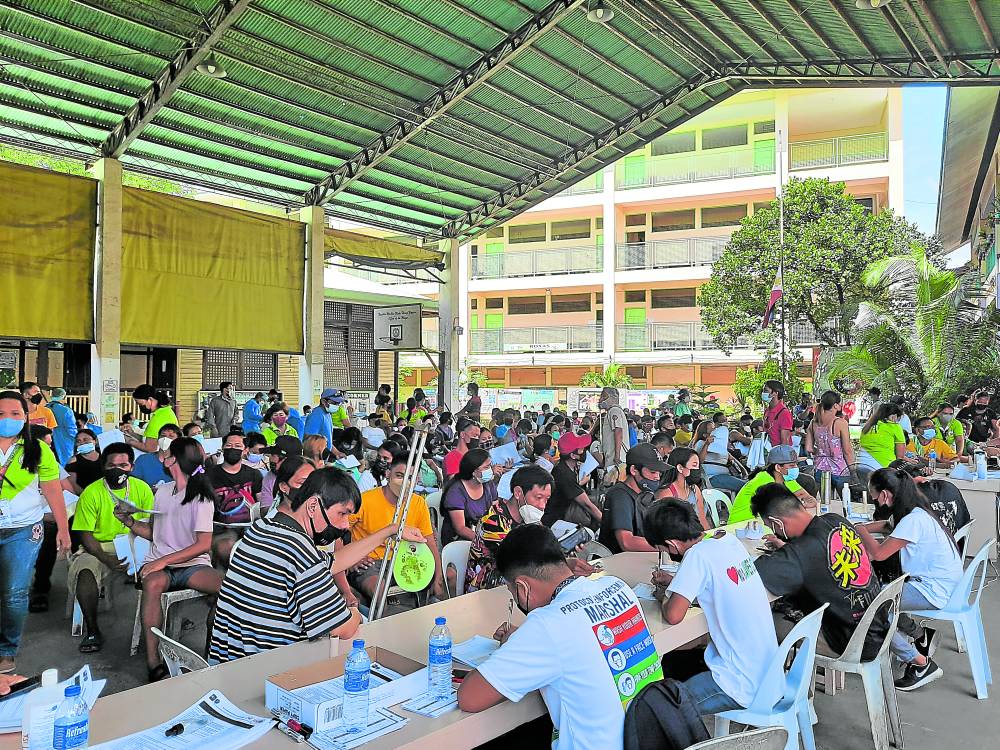 CEBU CITY—The local government will conduct an inventory of people who have yet to be vaccinated against COVID-19 as the city deals with rising infections.

The city’s move came after President Duterte, in his public address this week, announced the restriction of movement of unvaccinated individuals due to the surge in COVID-19 cases in the country.

The Department of the Interior and Local Government (DILG) then mandated all local governments to conduct an inventory of unvaccinated individuals on a monthly basis and submit the list to the agency’s field offices.

Once this is done, the EOC will conduct a simultaneous inventory in the remaining 70 villages in the city.

“There’s really nothing wrong if we get data from our residents. Our health centers and barangays have complete records of their constituents. But as to whether they were vaccinated or not, they don’t have that,” Garganera said in an interview on Thursday.

He said the local government’s earlier queries showed a variety of reasons why some people avoided getting inoculated against COVID-19.

“Some do not have money to spend on going to vaccination centers while others were ashamed [to show up] since they were only using slippers,” Garganera said.

The DILG encouraged local governments to come up with regulations that would limit the mobility of the unvaccinated.

In Metro Manila, 14 of 17 local governments have passed an ordinance on restrictions for unvaccinated residents.

Cebu City Mayor Michael Rama earlier announced that he would prohibit the entry of unvaccinated individuals in all establishments in the city starting Jan. 1.

However, he deferred the order’s implementation after the city was devastated by Typhoon “Odette” (international name: Rai), which disrupted the city’s vaccination program.

“Vaccination is very important. Whoever enters establishments and restaurants should be vaccinated as much as possible,” Rama said.

On Wednesday, Cebu City was placed under alert level 3 by the national government due its rising number of COVID-19 cases.

Garganera said he was surprised by the announcement but would not appeal the decision.

“I don’t know their basis aside from the increasing number of cases. We have other areas that they need to consider. [Among these are] our hospital occupancy, mortality, our degree of response and intervention despite the fact that we just survived the strongest typhoon to ever hit our city in many decades,” he said. —NESTLE SEMILLA