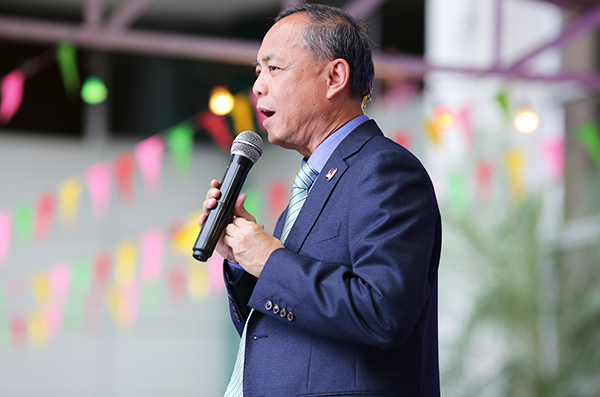 MANILA, Philippines — The provision in the proposed amendment of the Public Service Act which prohibits the participation of state-owned enterprises is a cause of concern since it “clearly” targets Chinese-owned enterprises, former National Irrigation Administration (NIA) chief Peter Laviña said on Thursday.

The bill, which passed the third and final reading in the Senate, contains safeguards including the prohibition of foreign state-owned enterprises from owning capital in any public service classified as critical infrastructure.

Laviña said that this specific provision targets China, where a huge bulk of industries belong to the state.

“We are concerned with the prevailing Sinophobia. Very clearly, it targets China companies, especially China state-owned companies,” Laviña, who is also the president of Asian Center for Comparative Governance, said in an online press briefing.

“We should not legislate Sinophobia. We are in fact, campaigning against racism and against anti-China policies and we should be watchful of the inserted provisions on our laws,” Laviña added.

Laviña also said that the country should give equal opportunity to prospective investors.

“The Philippines has the most restrictive foreign policies in the region that is why we are lagging behind the neighbors. That is why if we decide to open up, we should open up to everyone. We should not restrict, discriminate, [and] exclude,” he added.

The Senate approved last December a bill seeking to amend the Public Service Act by providing a clearer differentiation between “public services” and “public utilities” that will free public services not considered natural monopolies from foreign equity restrictions.

This will allow foreign ownership of airlines and telecommunications firms, among other public services.

Sectors not considered to be public utilities — such as telecommunications, airlines, and the domestic shipping industry — would no longer be covered by the citizenship requirement.

Under the Constitution, public utilities should be 60 percent Filipino-owned.