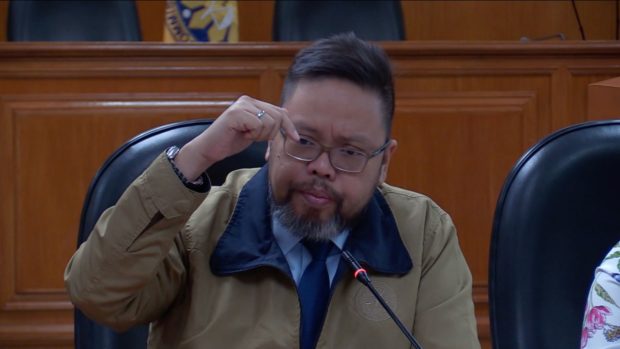 MANILA, Philippines — The Commission on Elections (Comelec) on Wednesday said it was “confident” that its servers had not been hacked, contrary to a report that they were breached and data that could affect the May 9 elections were stolen.

“We see no evidence of any sort of data breach,” Comelec spokesperson James Jimenez said in a press briefing. “As far as the Comelec is concerned, we are confident that we were not hacked.”

It was the first categorical statement from Comelec on the alleged hacking since the Manila Bulletin reported it on Monday.

“We have confidence in the security of our systems and the procedures we have undertaken since 2016 to ensure our data is hardened and cannot be unlawfully accessed,” he added, referring to the hacking of Comelec’s website less than two months before the 2016 polls.

The poll body has asked the National Bureau of Investigation to track down the alleged hackers that contacted the Bulletin.

In its first statement last Jan. 10 on the alleged hacking, Comelec doubted the Bulletin report, saying the usernames and personal identification numbers (PINs) of the vote-counting machines that were among the allegedly stolen data did not yet exist in its servers.

“Anytime someone makes a claim like this, no matter how far-fetched they turn out to be, the credibility (of the elections) has been damaged,” Jimenez said.

He said some people were already “taking advantage” of the reported hacking.

“It is the election season and one thing we can assume is whoever did this must have known that this would have a negative effect on the credibility of the elections. Because of that, we are very intent on finding out who is behind this. We have to defend the integrity of the elections,” he added.

The same sentiment was expressed by journalist and Nobel laureate Maria Ressa, who said the reported hack could be used to foment distrust in the May elections.

Speaking as a resource person at the resumption of the Senate inquiry on disinformation, the Rappler CEO said conspiracy theories could quickly spin out of control on social media platforms like Facebook.

She cited the “Stop the Steal” disinformation campaign in the United States which led to the Jan. 6, 2021, attack on the Capitol Building by supporters of President Donald Trump following his electoral defeat.

Ressa said the Bulletin report was already “being broadcast by some other candidates and known disinformation influencers as a way to already begin to see distrust of the electoral process.”

She warned that allowing false information to spread during elections was like “throwing a match in a flammable environment.”

“The end goal is make you distrust anything,” Ressa said.

The National Privacy Commission (NPC) has opened its own investigation of the alleged hacking.

NPC head John Henry Naga said in a statement that he will meet with Comelec officials and Bulletin technology editor Art Samaniego on Jan. 25. He said Comelec must submit the results of its own investigation by Jan. 21.

“The Comelec must address the serious allegations made in the Manila Bulletin news report and determine whether personal data were indeed compromised, particularly personal information, sensitive personal information, or data affecting the same, which were processed in connection with the upcoming 2022 national and local elections,” Naga said.

In an interview with ANC on Wednesday, Samaniego said their report was based on screenshots which he got from a group that claimed to be the hackers themselves as proof of the breach.

He said the screenshots, which he sent to the Comelec, showed, among others, precinct numbers and PINs.

Samaniego admitted, however, that fabricating the screenshots “can be done” using Photoshop.

Presidential candidate Sen. Panfilo Lacson pointed out that the alleged hackers have yet to substantiate their claims. The former national police chief said any investigation must establish three factors: the motive, opportunity, and means to commit the crime.