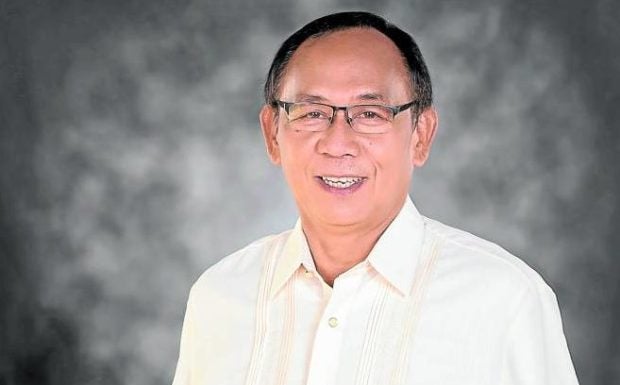 MANILA, Philippines — The Cagayan Valley region and the province of Cagayan are opposing plans by the Philippines and United States to hold live-fire military exercises as these would put potential Chinese economic investments in the region at risk, according to the avowedly pro-China governor.

“It may cause a diplomatic row,” Cagayan Gov. Manuel Mamba told Inquirer.net on Tuesday. “We don’t want to anger China here in Cagayan. We see that we could get help from them.”

One of the planned live-fire exercises, which is intended to demonstrate combat readiness and firepower, was supposed to be part of this year’s Balikatan—the largest of the bilateral military exercises between the Philippines and the United States—set in April.

“That’s live fire. They’re going to test all armaments. What will happen to our relationship with our neighbors, especially China? We are trying to reconnect ourselves with China,” Mamba said.

The drills were to be staged in Claveria town, located directly south of Taiwan, which China claims to be part of its territory. Beijing has not ruled out taking the island by force.

Balikatan, a Filipino word for “shoulder-to-shoulder,” is an annual military exercise between the two allies to ensure interoperability of their forces and to prepare and rehearse their responses to various security threats.

This year’s drills would be held against the backdrop of rising tensions in the West Philippine Sea, where China continues its aggressive encroachments. The military has yet to officially disclose the specific events in this year’s drills, but it would include activities in the country’s western frontier.

The United States and China have also steadily increased their military activities close to Taiwan, which has no formal ties to Washington but is its main arms supplier. Washington is concerned about Beijing’s military buildup and provocative moves against Taipei.

Asked why he thinks the US and Philippine forces want to stage military live-fire exercises in Cagayan, Mamba said: “Because you know, Taiwan is a powder keg.”

In a joint resolution on Dec. 7, 2021, the Cagayan provincial antidrug and peace and order councils, and its anti-insurgency task force, opposed live-fire drills in the province.

In a meeting on Dec. 22, 2021, of the regional anti-insurgency task force, the regional peace and order council headed by Mamba passed an almost identical resolution.

The two resolutions acknowledged that military exercises were intended to strengthen the protection of the country’s territory but said that they “may be perceived by some states as provoking posture.”

They said the drills “may derail the economic blueprints” that are “anchored on the idea of maintaining peaceful and productive relationship with adjacent international partners.”

Lives and properties of citizens might also be “put in peril” if the drills result in an escalation of conflict between “geopolitical players in Southeast Asia,” according to the resolutions.

No similar resolution was passed by the Cagayan provincial board, the province’s legislative body.

Mamba said he also rejected a plan to hold live-fire exercises by the Philippine and US Marines in October last year.

The governor, however, said he was not against exercises with foreign troops that involve humanitarian assistance and disaster response, and other drills that do not involve firing various types of weapons.

The military’s proposal to hold live-fire exercises in Cagayan comes after President Duterte, who had pivoted his foreign policy toward Beijing away from Washington, aborted a plan in July last year to terminate the Philippines-US Visiting Forces Agreement. The pact governs the presence of American troops in the Philippines, particularly during joint exercises.

The Armed Forces of the Philippines still plans to push through with the military exercises in Cagayan, but without the live-fire component. Talks with Mamba are still being set, according to a senior military official familiar with the issue.

Chinese investors have seen Cagayan’s potential and expressed interest in investing in many areas. Chinese companies are also known to operate offshore gambling in the province.

“We are trying to invite them to come in also,” Mamba said. “They’re really interested in food production, modernization of agriculture, aquaculture, and livestock.”

Chinese investors are also offering to bankroll an international airport and a P10-billion project to rehabilitate the Aparri port, he said.

According to Mamba, Riverfront Construction Inc. represented by a certain Feng Li, proposed in August to develop a $200-million international port terminal in Aparri that would make it a “global gateway in the northern part of the Philippines.”

In 2019, a Chinese company proposed to build a “smart city” on Fuga Island in Cagayan. But the plan fell through after critics raised concerns that it could compromise the country’s security as it would potentially allow Beijing to expand its military presence with access to both sides of the Pacific Ocean and the South China Sea.

Mamba, who is seeking reelection in May, believes that China would be Cagayan’s partner for years to come. He said he was openly pro-China because he did not see any benefit from the US.

“I’m really pro-China. What will I do with America? This is the one that will invest in us. They’re the ones interested in us,” he said.

Read Next
Colleges may resume in-person classes Jan. 31 – CHEd
EDITORS' PICK
Acer starts the year off strong with the Aspire Vero National Geographic Edition
Comelec division junks petition to cancel Marcos COC for president
PH logs 37,070 more COVID-19 cases; over 33K others recover
The best of bayside and city living at SMDC’s Sail Residences
‘Not yet the end’: Lawyer says Marcos Jr’s DQ cases to take lengthy process
Over 3 Million worth of prizes to be won at Smart Padala’s SENDali Manalo Promo!
MOST READ
NBI foils escape attempt of Kerwin Espinosa, two others
Marcos camp ‘extends hand of unity’ after COC cancellation bid is thrown out
Wendell Ramos finally gets to hold his newborn for the 1st time
No vaccine, no French Open for Djokovic, says French Sports ministry
Don't miss out on the latest news and information.