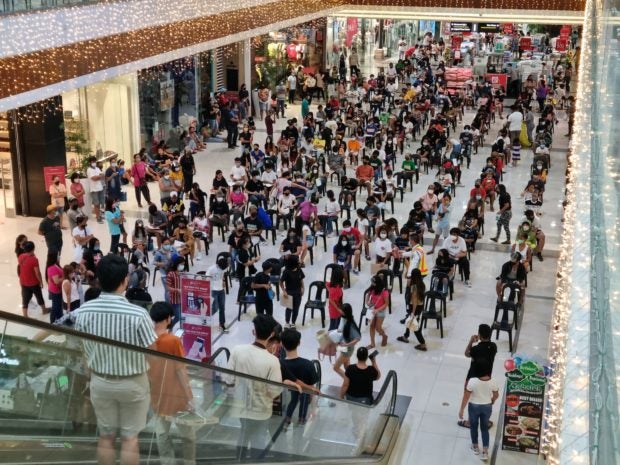 MANILA, Philippines — The Department of the Interior and Local Government (DILG) has ordered barangays to identify and submit a list of residents still unvaccinated against COVID-19, an official said Wednesday.

This is in line with President Rodrigo Duterte’s order to restrict the movement of unvaccinated individuals amid the surge of COVID-19 infections in the country.

(To be accurate on the data of unvaccinated people, Sec. Año has issued a memorandum circular that directs barangays to list down unvaccinated residents.)

When the inventory is finished, barangays and local government units can already implement the restrictions on unvaccinated people through a local ordinance.

So far, only three local government units in Metro Manila has yet to issue an ordinance on the restriction of unvaccinated individuals and these are cities Makati, Pasig and Navotas.

Malaya said the ordinances in these cities are still under discussion but this is expected to be approved since Metro Manila mayors, through the Metro Manila Council, have agreed to restrict the movement of unvaccinated residents.

He also said local governments in provinces are expected to follow suit and issue their respective ordinances.

“The ordinances will serve as guidelines of barangays and of the police sa implementation ng direktiba ng Pangulo to restrict the mobility of the unvaccinated,” he said.