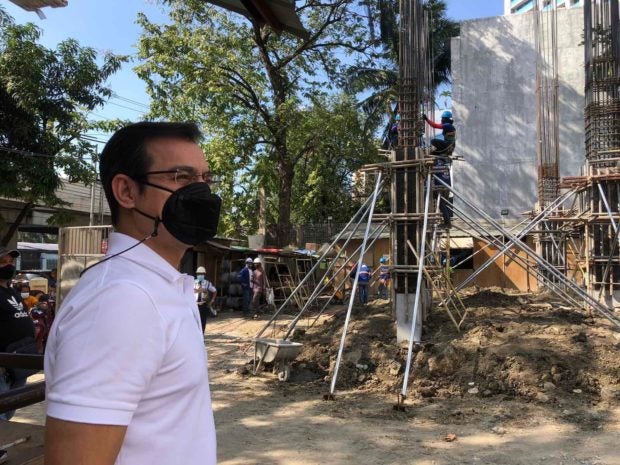 Inspection of the ongoing construction of Manila Science High School

MANILA, Philippines — As part of his continuing campaign to protect as many people as possible amid the Omicron surge hitting the National Capital Region, Manila Mayor Isko Moreno Domagoso on Tuesday directed the city’s Department of Engineering and Public Works to immediately prepare a schedule for on-site booster vaccination for the thousands of construction workers employed in all ongoing projects of the city government.

The 47-year-old local chief executive issued the directive during a visit at the construction site of the 10-storey modern Manila Science High School along Taft Avenue.

Moreno made the immediate decision for on-site booster shots after learning from project officials that all the workers, many of whom came from the provinces, have already completed their second vaccine doses.

The Aksyon Demokratiko presidential bet then went out of his way to approach the workers and asked them if they wanted to have booster shots.

Moreno’s directive will not only benefit the workers at the P1.3-billion Manila Science High School project, but also all workers in the various city government projects under its own “Build, Build, Build” program. 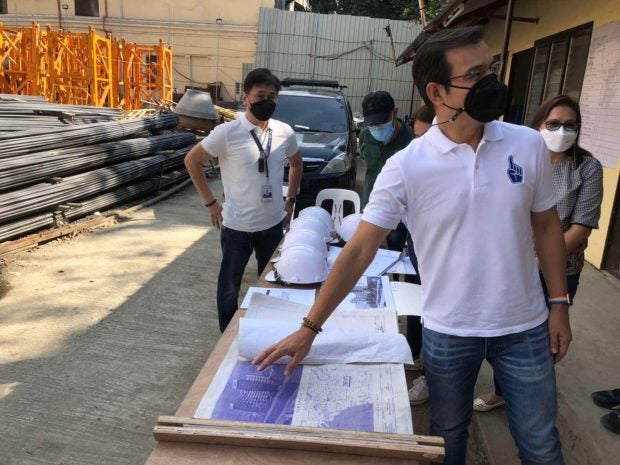 Inspection of the ongoing construction of Manila Science High School

The New Manila Science High School will be fully-airconditioned and with the following amenities: 158 classrooms, 16 offices, a library at the 2nd floor, an auditorium and a gymnasium both at the 10th floor, a canteen at the ground floor, two outdoor basketball courts with retractable goal convertible into a football field, a roof deck outdoor sports and exercise area, five big elevators with a 25-person capacity and a five-stairs node.

Besides the Manila Science High School, two other modern city public schools are being constructed at the same time.

In July last year, Moreno led the groundbreaking ceremony for a 10-storey building at the Rosauro Almario Elementary School in Tondo. The city has allotted P1.9 billion for the project.

The city of Manila also broke ground for the construction of the new Dr. Alejandro Albert Elementary School in Sampaloc last August, with P2 billion allotted for the project.

Moreno said providing booster shots to all the workers in the various projects not only ensures undisrupted construction, but also ensures that workers enjoy continuous employment.

Meanwhile, Moreno’s vice-presidential candidate Dr. Willie Ong asked the public not to panic even if Covid-19 cases continue to increase in the following days and weeks.

In a live video on his Facebook account, Ong said people, especially those 18 to 50-years-old, should not worry in case they get the virus as the effects of the Omicron variant is just mild.

The 58-year-old cardiologist and internist, said he had patients whose age range from 80 to 90-years-old who also got Omicron but managed to survive it.

Ong, at the same time, answered questions from some of his viewers who asked if vaccines injected to people are useless against the Covid-19.

He explained that when the world was hit by smallpox and polio, successful vaccination programs helped in the eradication or prevention of further spread of the deadly diseases.

Ong said there is need for Filipinos, especially those who remain unvaccinated, to get the jab in the soonest possible time to protect themselves from the deadly virus.

He said taking the jab is a proven way to prevent oneself from getting seriously ill or worse, die due to Covid-19.