US welcomes completion of Russian-led mission in Kazakhstan 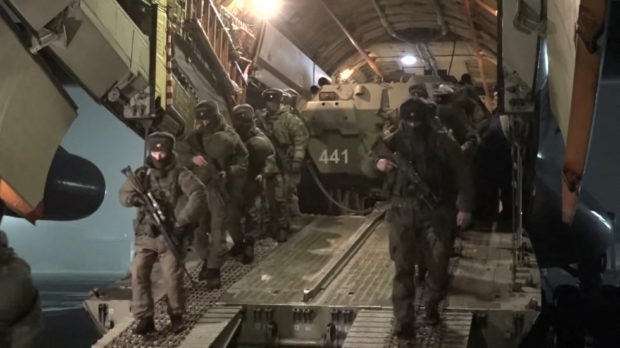 FILE PHOTO: Russian service members disembark from a military aircraft, as part of a peacekeeping mission of the Collective Security Treaty Organisation amid mass protests in Almaty and other Kazakh cities, at an airfield in Kazakhstan, in this still image from video released by Russia’s Defence Ministry January 8, 2022. Russian Defence Ministry/Handout via REUTERS

Tokayev said that forces from the Moscow-led Collective Security Treaty Organization (CSTO) will begin withdrawing from the country in two days’ time after stabilizing the Central Asian nation.

“Until that process is completed, until the CSTO peacekeeping forces are withdrawn, we will continue to call upon all collective security treaty organization, collective peace-keeping forces to respect international human rights and to uphold their commitment to promptly depart Kazakhstan as the government of Kazakhstan has requested,” State Department spokesperson Ned Price told reporters.