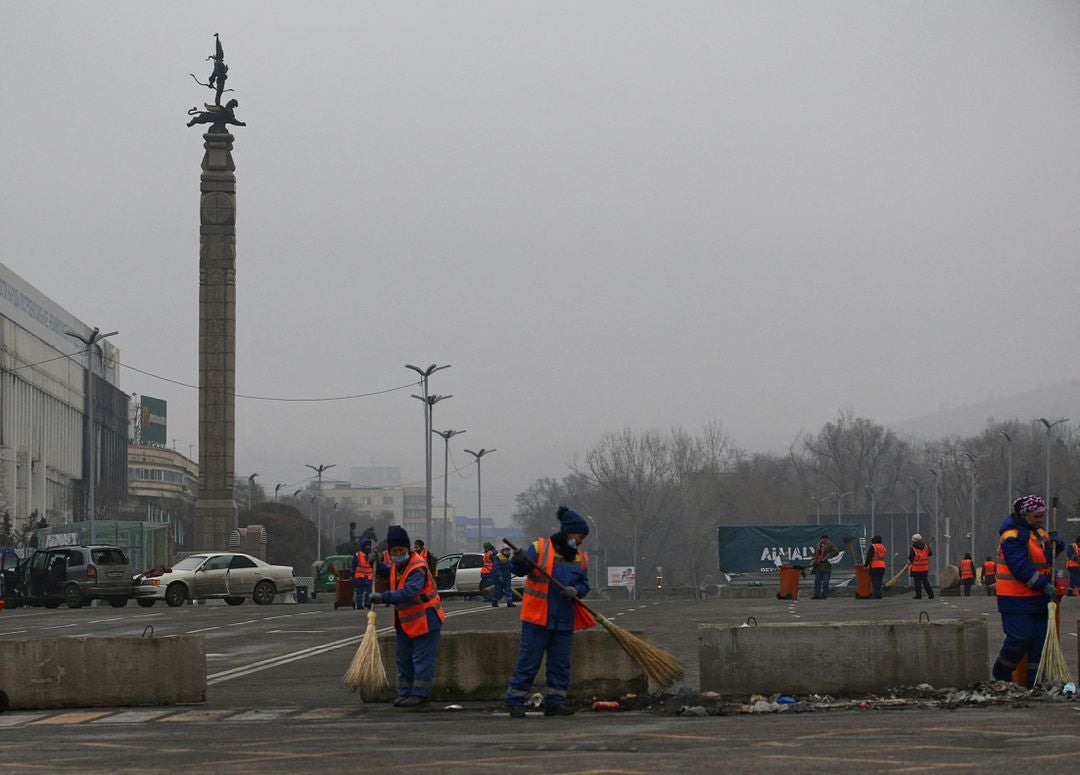 NUR-SULTAN — Security forces in Kazakhstan have detained 9,900 people regarding last week’s unrest, the interior ministry of the central Asian nation said on Tuesday.

The news comes as President Kassym-Jomart Tokayev, who called the violence a coup attempt, is set to nominate a new prime minister in an address to parliament later in the day.

Tokayev has said Islamist militants from regional nations and Afghanistan, as well as the Middle East, were among the attackers.

He dismissed his cabinet amid the unrest, along with a number of security officials and detained on suspicion of treason the most senior among them, Karim Masimov, a former head of the national security committee.