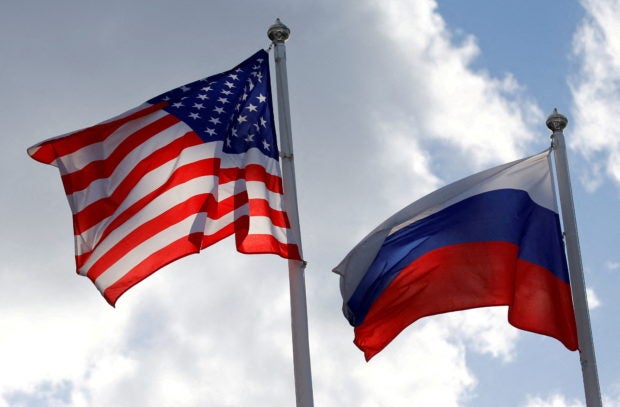 GENEVA — With diplomats publicly pessimistic, the United States and Russia are set to begin fragile negotiations in Geneva on Monday that Washington hopes can avert the danger of a new Russian invasion of Ukraine without conceding to the Kremlin’s expansive security demands.

Russian Deputy Foreign Minister Sergei Ryabkov said over the weekend it was entirely possible the diplomacy could end after a single meeting, and even U.S. Secretary of State Antony Blinken played down expectations for the high-stakes talks.

“I don’t think we’re going to see any breakthroughs in the coming week,” Blinken said in a CNN interview on Sunday.

Talks begin on Monday in Geneva before moving to Brussels and Vienna, with U.S.-Russia relations at their most tense since the Cold War ended three decades ago.

Nearly 100,000 Russian troops are gathered within reach of the border with Ukraine in preparation for what Washington and Kyiv say could be an invasion, eight years after Russia seized the Crimea peninsula from Ukraine.

Russia denies invasion plans and said it is responding to what it calls aggressive and provocative behavior from the NATO military alliance and Ukraine, which has tilted toward the West and aspires to join NATO.

Last month, Russia presented a sweeping set of demands that include a ban on further NATO expansion and an end to the alliance’s activity in central and eastern European countries that joined it after 1997.

The United States and NATO have dismissed large parts of the Russian proposals as non-starters, raising questions about whether there is middle ground where Washington and Moscow can meet.

“Naturally, we will not make any concessions under pressure,” said Ryabkov, who will lead the Russian delegation in Geneva.

U.S. President Joe Biden has repeatedly warned Russian President Vladimir Putin that the United States and European allies would impose unprecedented sanctions if Russia chose to invade Ukraine. Putin responded that sanctions could lead to a “complete breakdown in ties.”

In a preliminary meeting with Ryabkov on Sunday evening, U.S. Deputy Secretary of State Wendy Sherman emphasized Washington’s commitments to sovereignty, territorial integrity “and the freedom of sovereign nations to choose their own alliances,” the State Department said.

Ryabkov has compared the situation to the 1962 Cuban missile crisis when the world stood on the brink of nuclear war.

The United States and allies have said they are prepared to discuss the possibility of each side restricting military exercises and missile deployments in the region.

Both sides will put proposals on the table and then see if there are grounds for moving forward, Blinken said on Sunday.

If diplomacy fails, and Moscow acts against Ukraine, the United States has been discussing with allies and partners in Europe and Asia a range of trade restrictions against Moscow, a source familiar with the plan said.

One restriction could target critical Russian industrial sectors, including defense and civil aviation, and would invariably hit Russia’s high-tech ambitions, such as in artificial intelligence or quantum computing, or even consumer electronics.

Andrey Kortunov, an analyst who heads the Russian International Affairs Council, has said Ryabkov was less hawkish than some members of Russia’s security establishment but would be as flexible or rigid as the Kremlin required.

“At the end of the day it’s up to Mr Putin to define the red lines, not Ryabkov, and Ryabkov will do his best to articulate the red lines,” said Kortunov.