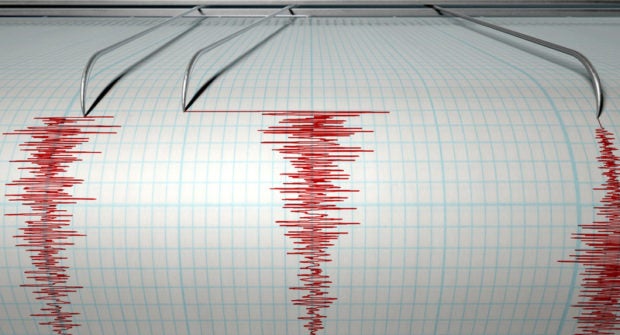 A closeup of a seismograph machine needle drawing a red line on graph paper depicting seismic and earthquake activity on isolated white background.

The epicenter of the quake, which struck at about 1:45 am (1745 GMT) at a shallow depth of 10 kilometers (six miles), was located about 140 kilometers north-northwest of the city of Xining, US seismologists said.

The China Earthquake Networks Center put the magnitude at 6.9, according to the state news agency Xinhua.

“There is a low likelihood of casualties,” USGS said in its assessment of the quake, adding that there however was a likelihood of “significant damage.”

The US agency warned that “the population in this region resides in structures that are highly vulnerable to earthquake shaking, though some resistant structures exist.”

The sparsely populated province is spread across the Tibetan plateau.