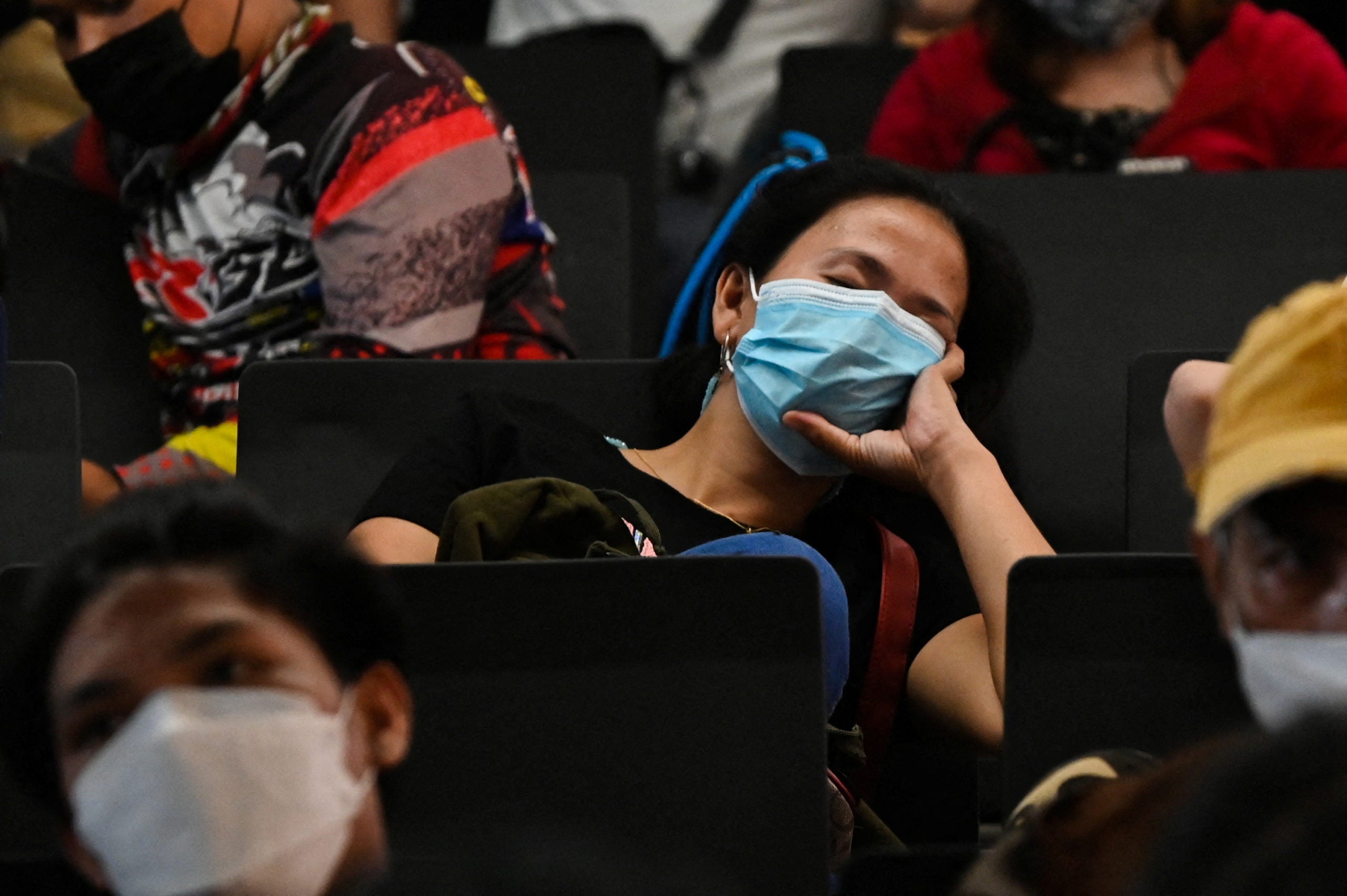 FILE PHOTO: A woman wearing a face mask as protection against the new coronavirus disease (COVID-19) waits to ride a bus going to provinces, a day before the New Year’s Eve, at a bus terminal in Paranaque City, Metro Manila, Philippines, December 30, 2021. REUTERS/Lisa Marie David

PARIS — The most basic everyday activities, from working to shopping and going to school, have completely transformed during the Covid-19 pandemic, and may never be the same again.

As the world marks nearly two years since China announced the first death from Covid-19 — a 61-year-old man in Wuhan — on January 11, 2020, here’s a look at how our lives have been fundamentally altered by the virus.

As the virus marched across the globe, governments ordered citizens to stay inside — forcing billions of people to hastily set up home offices.

Even as lockdowns eased, working from home at least some of the time has remained the norm for many.

In 2021, the percentage of people working remotely hit 32 percent, up from just 17 percent in 2019, according to consulting firm Gartner.

For others, the pandemic prompted a change of jobs or demands for better conditions.

In the United States, tens of thousands of workers from hospitals to Hollywood walked off the job last year in a movement dubbed “Striketober” to protest long hours and poor pay.

With billions bunkered down at home, businesses of all kinds had to quickly pivot, and online sales for everything from groceries to meals, clothes and furniture rapidly boomed.

Online sales rose 38 percent in the first third of 2021 compared to the same period a year before, according to the Adobe Digital Economy Index.

It even brought some shoppers online for the first time who aren’t likely to leave soon, Gaelle Le Floch of consulting firm Kantar told AFP.

Between border closures and travel restrictions, the tourism sector was pummeled by the pandemic.

Experts warn the air and rail industries may not return to normal before 2024.

Air travel was worst affected, with worldwide traffic dropping by two-thirds in 2020.

By the end of 2021, it had only reached half of 2019 levels as travel restrictions remained in place in many countries.

Even as travel picked up following initial lockdowns, chaos remains the norm in airports as passengers line up to show vaccine passes or negative Covid tests.

Cities around the world also saw a drop in public transportation such as trains over fears of the virus spreading and as more people stayed home.

Cycling grew in popularity — but so did commuting by car.

As adults stayed home to work, so too did students, with hundreds of millions of children and teens suddenly logging onto Zoom and other platforms for online classes.

Unesco, the UN’s culture and education authority, has called the pandemic the worst-ever education crisis.

School systems in most countries saw at least some period of complete closure.

The worst impacts have been in low- and middle-income countries where 53 percent of children already suffered from a lack of access to schooling.

That proportion could increase to 70 percent, according to the World Bank.

In some parts of the world — including Brazil, Pakistan, India, South Africa and Mexico — a significant drop in math and reading skills has been reported.

The pandemic has led to the greatest rise in hunger worldwide in 15 years, according to the UN’s Food and Agriculture Organization (FAO).

The number of people who do not have enough to eat increased 18 percent over the last year, the agency said.

The problem extended beyond food access, as an additional 20 million people fell into extreme poverty in 2021, according to UN agency OCHA.

The pandemic also plunged health systems into chaos and slowed progress on campaigns to eradicate other diseases ravaging the world’s poorest populations, such as HIV and tuberculosis.

RELATED STORIES
PH borrowings to fight COVID-19 pandemic reach P1.15 trillion
Omicron ‘the beginning of the end of the pandemic’, but public has to remain careful – OCTA fellow