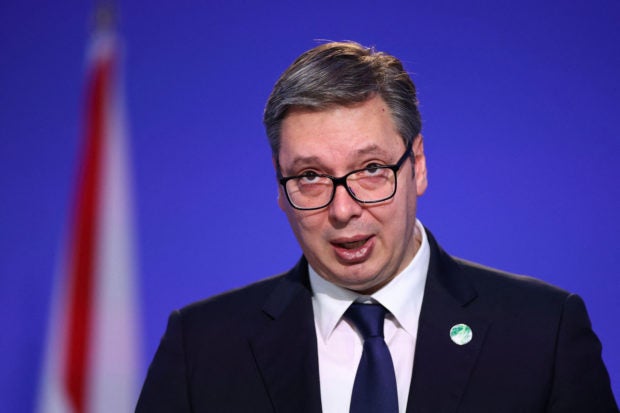 BELGRADE, Serbia  – Serbia’s president on Wednesday blasted Australia for the “maltreatment” of Novak Djokovic as the world number one had his visa cancelled after arriving in Melbourne.

President Aleksandar Vucic said on Instagram he spoke with Djokovic over the phone and told him that “the whole of Serbia is with him and that our authorities are undertaking all measures in order that maltreatment of the world’s best tennis player ends as soon as possible”.

“In line with all standards of international public law, Serbia will fight for Novak Djokovic, justice and truth.”

“Otherwise, Novak is strong, as we all know him,” the Serbian leader added. 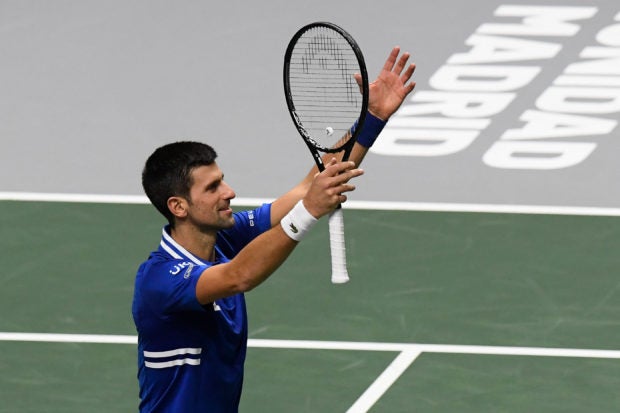 Serbia’s Novak Djokovic celebrates at the end of his men’s singles semi-final tennis match between Croatia and Serbia of the Davis Cup tennis tournament at the Madrid arena in Madrid on December 3, 2021. (Photo by OSCAR DEL POZO / AFP)

Earlier Wednesday, Djokovic’s father said his son was “held captive for five hours” at Melbourne airport where he had arrived to take part in this month’s Australian Open where he is the nine-time champion.

“I have no idea what is going on,” Srdjan Djokovic told Sputnik Serbia media outlet.

He even threatened taking protests to the streets if his son was not released “in half an hour”.

Australia border officials said the entry visa of the 34-year-old Djokovic was cancelled for failing to meet strict entry requirements.

“Non-citizens who do not hold a valid visa on entry or who have had their visa cancelled will be detained and removed from Australia,” the Australian Border Force said.

“Our pride, our Novak is returning … We should all welcome him as deserved!”

The Serb star had landed in Melbourne earlier Wednesday after celebrating on social media that he had a medical exemption to play in the Australian Open without proof he was fully vaccinated against Covid-19.

The exemption, granted by tournament organisers after his application had been cleared by two medical panels, sparked fury among Australians who have endured lockdowns and restrictions for two years.

Read Next
Fauci warns against complacency as Omicron strains U.S. hospitals
EDITORS' PICK
A massive highway complex makes living in the South highly attractive
Beyond the Chocolate Hills: A farm-to-table, heritage culinary adventure of Bohol
WHO says monkeypox is not yet a health emergency
House energy committee chair Arroyo bats for cheap electricity
Metro Manila logged most number of new COVID-19 cases — OCTA Research
Guarding Sara: Why next VP is getting own security team
MOST READ
Leon Barretto steps up for sisters, asks dad Dennis Padilla: ‘Please stop resorting to public shaming’
LOOK: Rita Daniela pregnant with first child
Marjorie Barretto to speak up on Dennis Padilla, kids’ relationship ‘in time’
Guarding Sara: Why next VP is getting own security team
Don't miss out on the latest news and information.