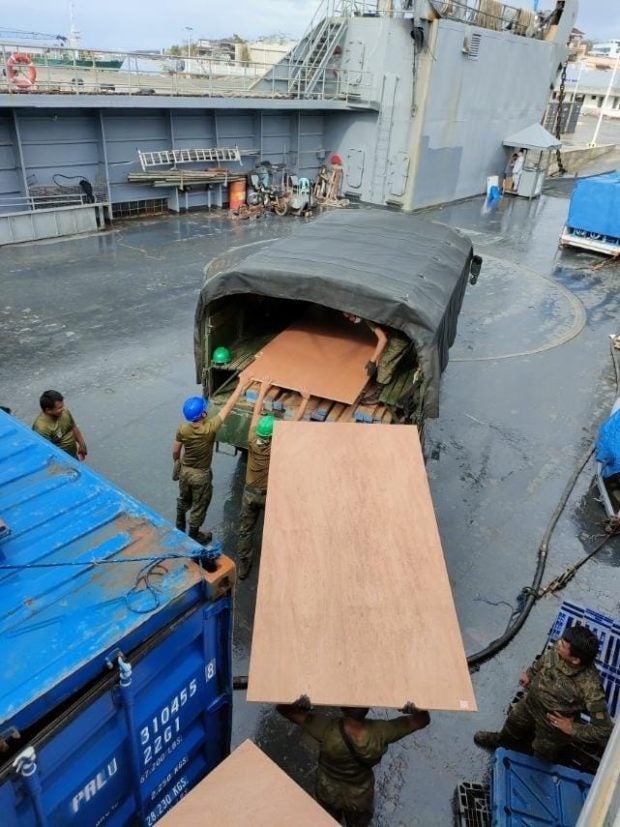 Relief goods from former Public Works Secretary Mark Villar being loaded for distribution to victims of Typhoon Odette in Visayas and Mindanao.

MANILA, Philippines — To ease the burden of victims of Typhoon Odette that struck parts of Visayas and Mindanao, former Public Works Secretary Mark Villar facilitated the distribution of relief packs consisting of sacks of rice, noodles and blankets.

The assistance was made through the Villar SIPAG, a non-stock, non-profit organization founded by Villar’s family.

Villar cited the collaborative efforts of those coming from the private and public sectors, including public servants, to help alleviate the “bad situation” that befell our people in these parts of the country.

The former Cabinet secretary has also been providing blankets to typhoon victims to keep them warm as the typhoon occurred during the Christmas season.

He also appealed to the international community to provide humanitarian help to areas hardest hit by Odette.

“Let us all set aside politics and put our efforts and resources together to help,” he said.

“We are helping them in their struggles in the aftermath of the super typhoon. While they are yet to recover from the hard impact of the COVID-19 pandemic, they are now faced with the the ill effects of Odette,” he further stated.

Villar said the devastation was “heartbreaking” as many lives were lost and properties like houses and buildings were destroyed.

In giving aid to the typhoon victims, he said, we are also helping our government.