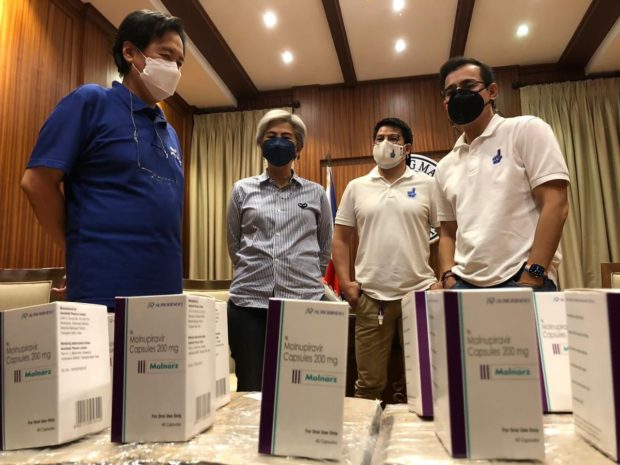 Manila Mayor Isko Moreno, together with City Vice Mayor Honey Lacuna and Dr. Willie Ong, inspect the city’s “stockpile” of anti-COVID drugs such as molnupiravir in preparation for a surge in cases in the capital city due to Omicron. Image from the Manila Public Information Office.

MANILA, Philippines — With the country experiencing a sudden spike of COVID-19 cases over the weekend, Manila Mayor Isko Moreno Domagoso on Sunday assured his constituents that the city government has taken all the necessary preparations to combat the spread of the virus, especially the more transmissible Omicron variant.

Moreno said that based on actual inventory as of 5 p.m. Sunday, the City of Manila’s “medicine cabinet” has an ample stockpile of life-saving anti-COVID drugs: 22,758 tablets of mulnopiravir; 3,935 of remdesivir; 3520 of baricitinib; and 732 of tocilizumab.

The presidential aspirant said an additional supply of mulnopiravir that the city government bought last December is expected to arrive on January 4.

Moreno also assured that Manila has already placed advance orders for Paxlovid, a novel COVID-19 anti-viral pill touted to reduce the risk of hospitalization or death by 89 percent.

Manila City also has 1,374 tanks of oxygen in reserve, which is on top of the city’s regular usage of oxygen. 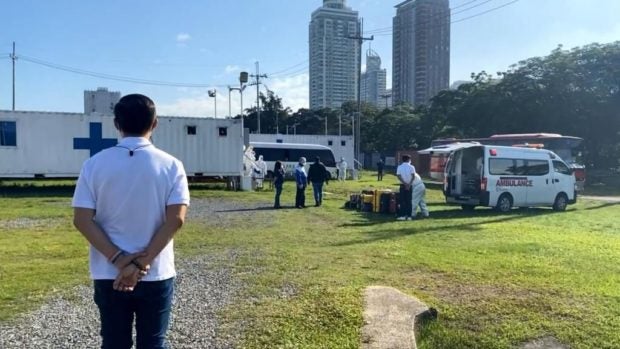 Moreno urged parents to have their kids vaccinated as soon as possible as he announced the resumption of the city’s vaccination program on January 3.

He also urged those still not vaccinated to get their shots, stressing that most new cases came from the ranks of the unvaccinated.

Moreno said the city is just waiting for guidelines from the national government to start inoculating children in the 5 to 11-year-old bracket.

For the public to readily have the numbers at their disposal just in case they needed it, he said they are also preparing publication materials that will be distributed throughout the city.