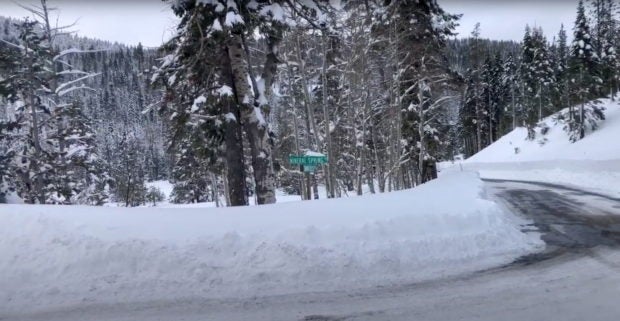 SAN FRANCISCO — Record snowfalls in the western United States that closed roads and caused flight delays have also brought some good news for drought-hit California on Thursday, with officials saying the state’s snowpack is now well above normal.

After a string of mountain blizzards, snowpack measured at Phillips Station in the Sierra Nevada stands at more than 200% of its average for this date, according to the first measurement of the season by California’s Department of Water Resources (DWR). The Sierra Nevada supplies almost a third of the state’s water needs, once the snow runs off to reservoirs and aqueducts.

Statewide, snowpack is 160% of its average, the DWR said.

“We could not have asked for a better December in terms of Sierra snow and rain,” said Karla Nemeth, the director of the DWR.

Droughts in California are growing more frequent and intense with climate change, according to scientists, threatening the state’s already tenuous water supply and creating conditions for dangerous wildfires.

Despite the precipitation-heavy end to 2021, the DWR warned against complacency.

The state would still have to see “significant” precipitation in January and February to make up for the two previous winters, the state’s fifth- and second-driest water years on record, the DWR said.

He added a wet start to the winter season did not necessarily mean precipitation in 2022 would end above average.