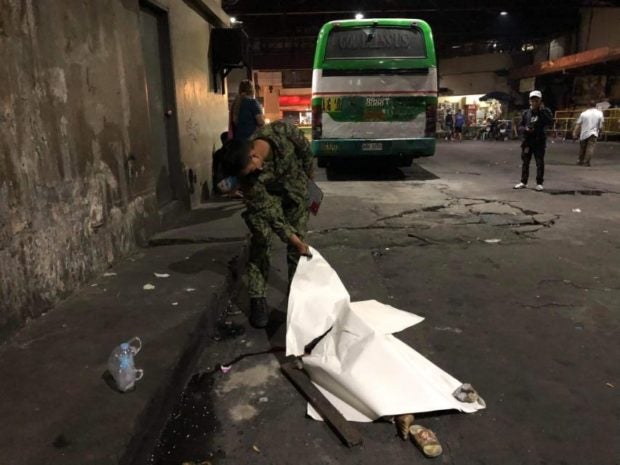 A officer covers the body of a seven-year-old girl who died after a bus accidentally ran over her in Sta. Cruz, Manila on Thursday, December 30, 2021. (Photo from MPD)

MANILA, Philippines — A seven-year-old girl died after a bus accidentally ran over her in a terminal in Sta. Cruz, Manila Thursday evening.

Police said the incident happened inside the Philippine Rabbit Bus Terminal at around 6:50 p.m.

“Initial investigation conducted that prior to the incident, [the bus] was parked inside the bus terminal. After a few hours, the said vehicle started to move forward wherein its left rear wheel accidentally ran over the victim, who at that time was playing hide and seek, that resulted in her instantaneous death,” read a report from the Manila Police District.

The bus driver was placed under police custody, according to MPD.