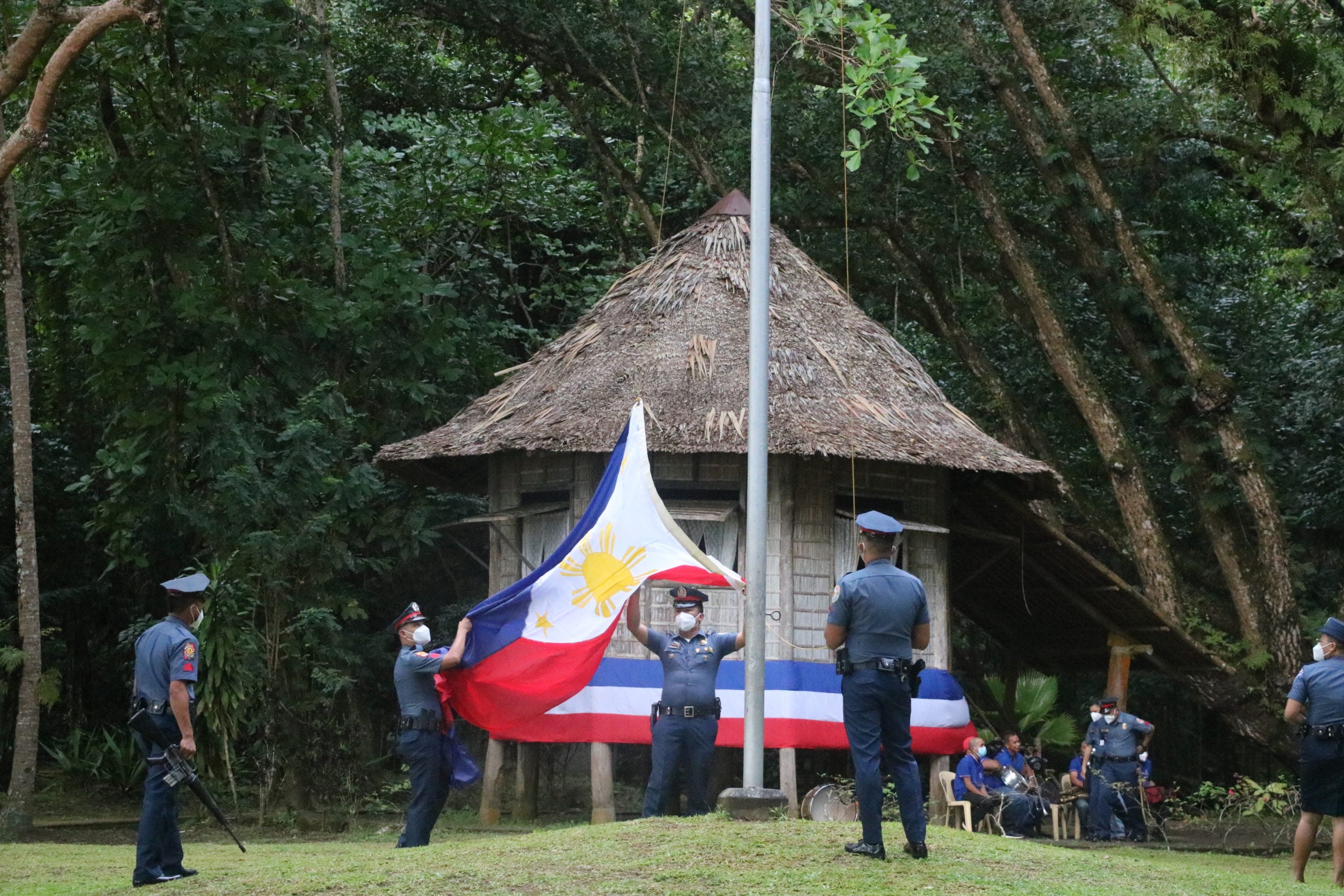 LOVE OF COUNTRY: While preparing for the ceremony of Jose Rizal’s 125th death anniversary, a policeman reaches out and raised the Philippine flag that was accidentally about to touch the ground. | PHOTO: Gualberto M. Laput

DAPITAN CITY––As the country honors the 125th death anniversary on Dec. 30 of Jose Rizal, Dapitanons remember and draw strength from the man who once lived with them and started to build in this city the ideal society he envisioned – people who are God-fearing, have a strong love of country, developed, and caring for each other.

Rizal arrived in this city on June 17, 1892 and was recalled by Spanish authorities in Manila on July 31, 1896, five months before he was killed by a firing squad in Bagumbayan, now Luneta. 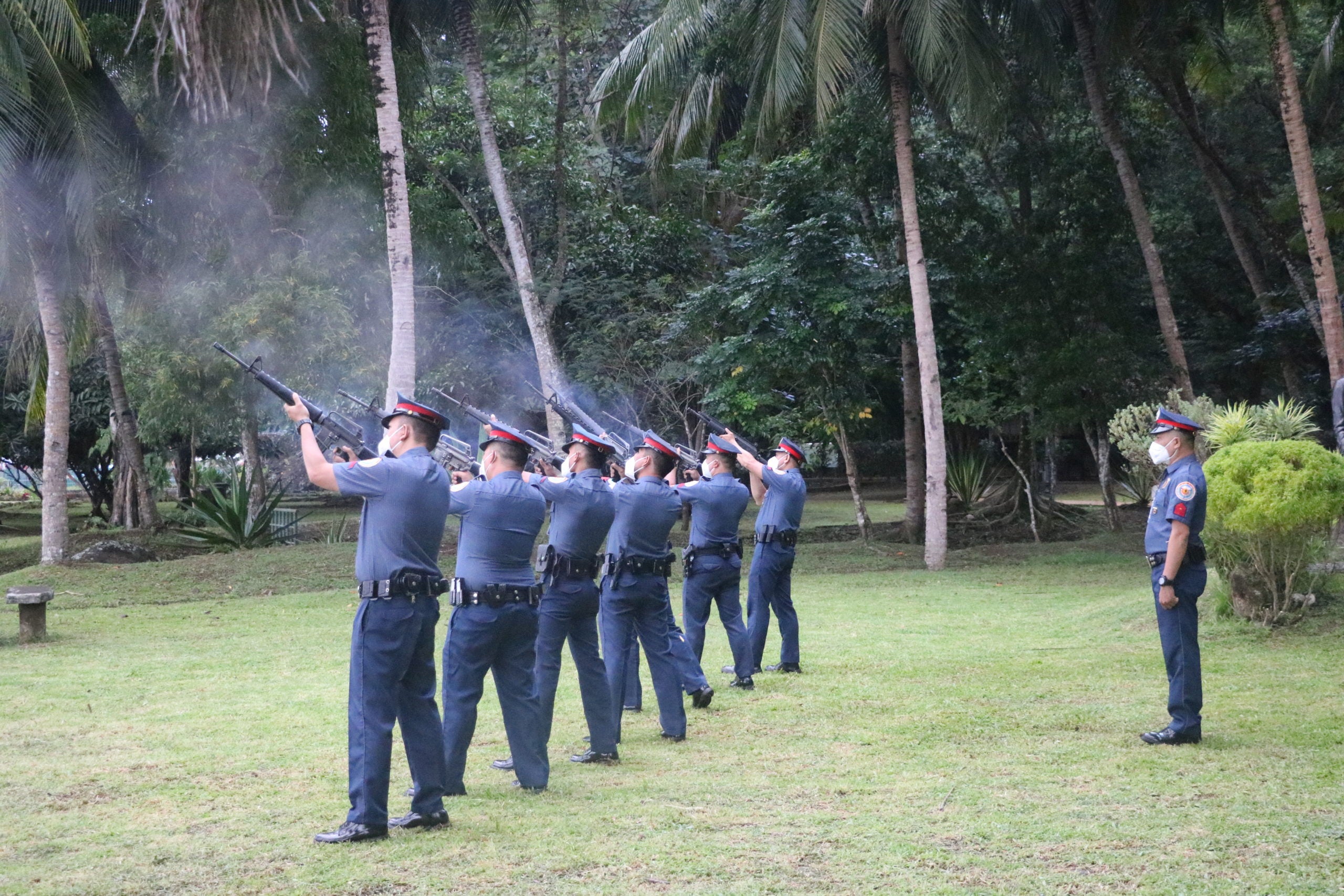 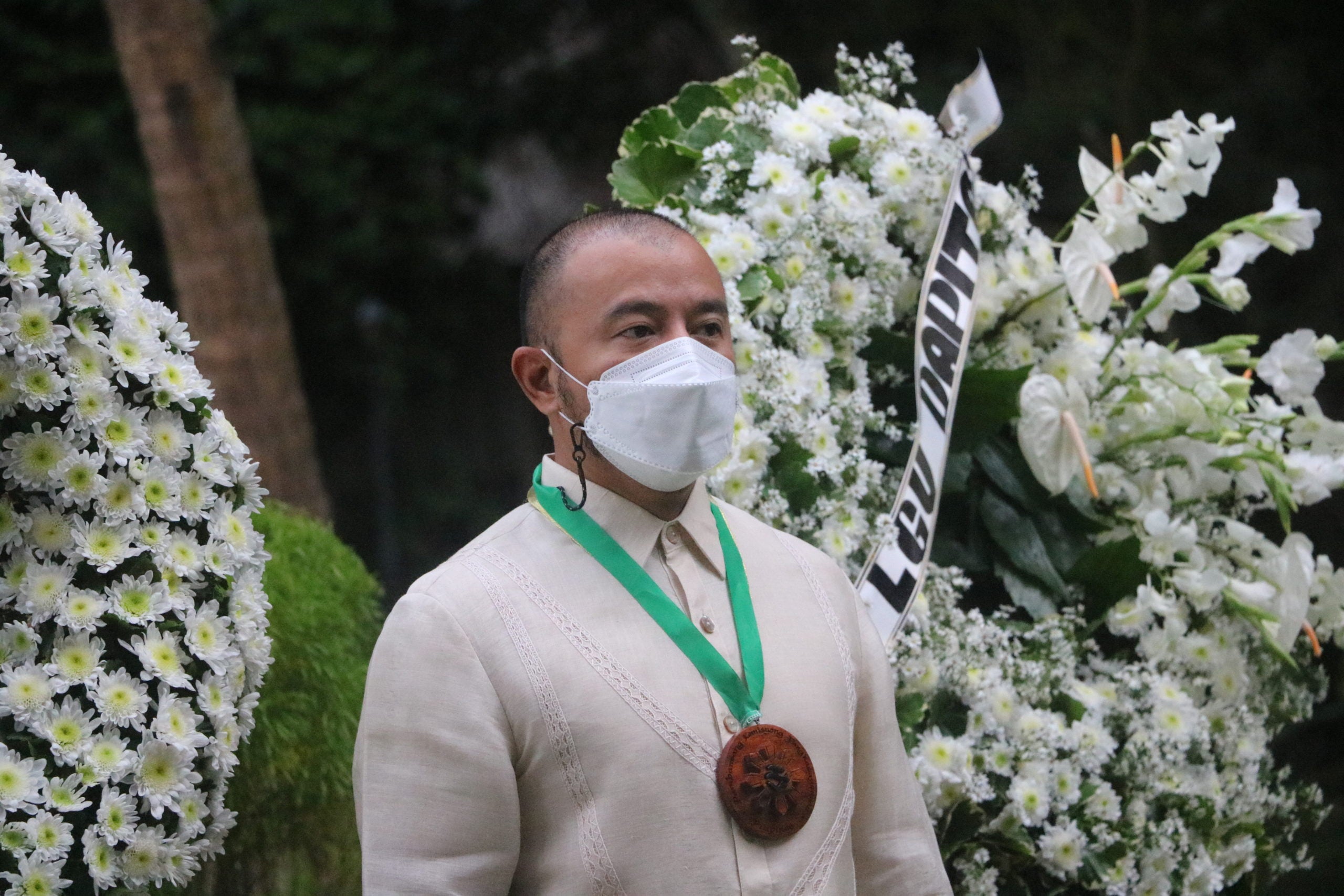 She urged Dapitanons in particular and Filipinos, in general, to continue to have hope and courage.

Meanwhile, Jose Rizal Memorial State University President Daylinda Reluya-Laput said Rizal’s “intense love for science and the pursuit of knowledge help the lives of those in need amid the bitter truths of life should be our burning example of how we ought to live.”

She added, “we must be reminded that we have our national hero where we can draw strength from, we can emulate, we can identify with so that we may be able to rise from our human frailties and stand up to the challenges of the times.” “Please tell your children, and your children’s children, that we owe a lot from Maestro Jose Rizal, was what my mother would always tell us,” Jamarolin said.