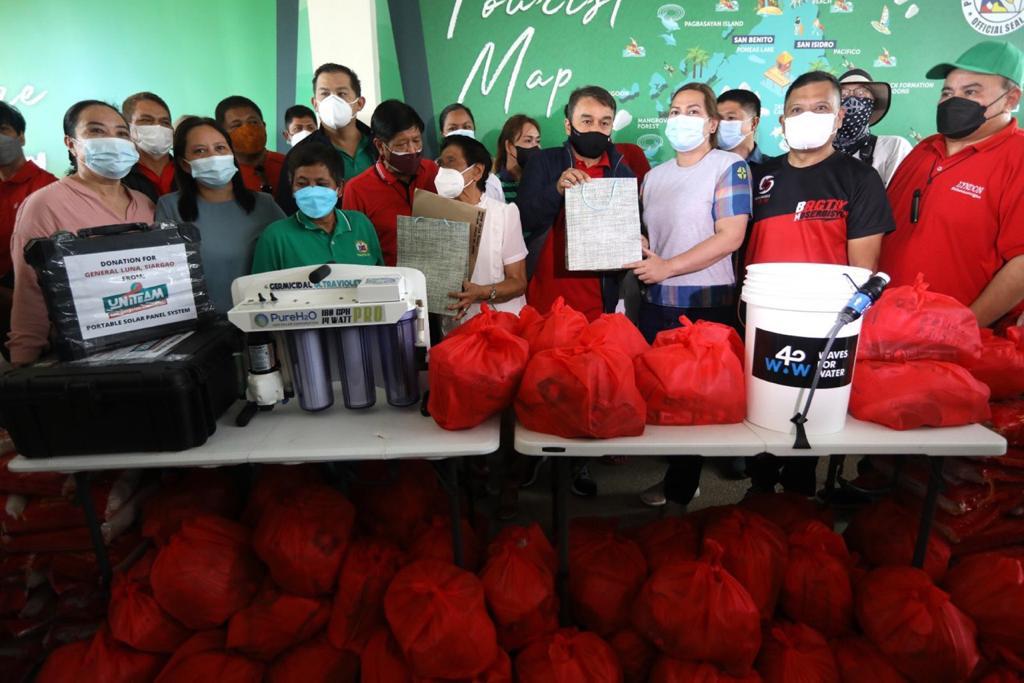 MANILA, Philippines — The tandem of former senator Ferdinand Marcos Jr. and Davao City Mayor Sara Duterte-Carpio assured on Wednesday that it will continue giving aid to victims of Typhoon Odette through their leaders, regardless of their respective political ties.

The tandem returned to Southern Leyte and Siargao island on Wednesday morning and visited Dumaguete City in the afternoon to give aid and relief to individuals badly hit by the typhoon, according to the Lakas-Christian Muslim Democrats (CMD) party, where Duterte-Carpio is the 2022 vice-presidential candidate.

Lakas-CMD president and House Majority Leader Martin Romualdez said the tandem has been doubling its efforts to help the typhoon victims.

“Per instruction of Bongbong Marcos and Inday Sara, there will be no letup in our efforts to deliver aid to the needy in all provinces affected by Typhoon Odette,” Romualdez said in a press release.

“We will not only be providing relief, but also aid in the recovery and rehabilitation of these areas. Hindi po tayo titigil sa pagtulong. Asahan ninyo, kasama ninyo ang UniTeam sa pagbangon,” he added.

(We will not cease helping. Rest assured that UniTeam will be with you as you recover.)

On Wednesday morning, Marcos turned over to Southern Leyte Gov. Damian Mercado another P1 million in financial assistance, 2,000 sacks of rice, and 77 units of solar flashlights with chargers at the Maasin City Airport.

The tandem and the Tingog party-list also handed over to San Ricardo town in Southern Leyte P500,000 in financial aid and 500 sacks of rice for typhoon victims through Mayor Roy Salinas.

Meanwhile, at the Siargao airport, Duterte turned over P1 million in financial aid and 1,000 sacks of rice to Surigao del Norte Rep. Robert Ace Barbers for the victims of Super Typhoon Odette.

Marcos then handed over to Gen. Luna, Siargao Mayor Cecilia Rusillon P500,000 in financial assistance and 2,000 sacks of rice for typhoon victims.

The tandem also donated to the local leaders of Surigao del Nort one portable solar panel system and one water purifier system.

Marcos and Duterte also visited Negros Oriental to deliver P2 million in financial help and 2,000 sacks of rice to re-electionist Gov. Roel Degamo at the provincial capitol in Dumaguete City.

Romualdez said the Marcos-Duterte tandem will continue to deliver aid to local leaders despite their political affiliations in a bid to “unite all political leaders to work together for the common task of rebuilding lives and communities.”

(The surname and political color of a leader is not important. What is important is what you can do to help in the recovery from this disaster.)

“Hopefully, this message of unity and hope by the UniTeam resonates not only in calamity areas but also in other areas of the country where political divide hinders economic growth and prosperity for our people,” Romualdez added.

The families of Barbers, Matugas, Degamo, and Teves are not political allies.