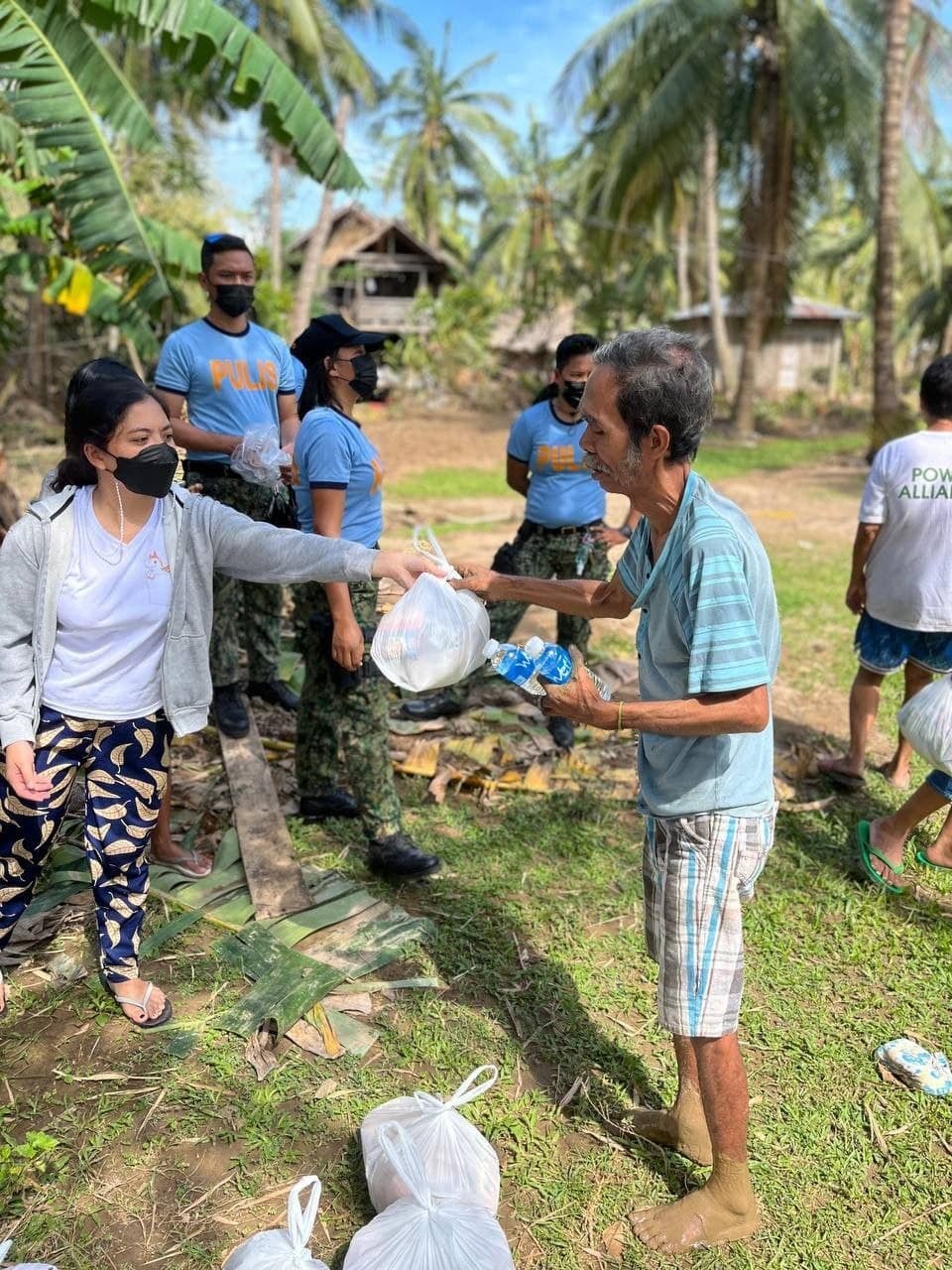 In the municipality of Taft in Eastern Samar, volunteers held a “lugawone” activity in several barangays, including one held after the Simbang Gabi on December 24 at the St. James the Greater Parish Church.

A total of 300 relief packs were also shared by volunteers in an evacuation center in barangay Palaslan in Tayasan town and nearby coastal areas in Negros Oriental where most of the evacuees were staying in temporary shelters.

On December 26, Raffy Magno, officer-in-charge of Angat Buhay under the Office of the Vice President (OVP) said that some 65 tons of relief goods were re-packed for distribution at the Relief Operations Center in Katipunan, Quezon City.

Then on Sunday night, 30 tons of drinking water were on their way to Cebu and Bohol for the families affected by the typhoon.

There were also 2,000 food packs, 2,000 sacks of rice, and 10 tons of drinking water loaded in a Philippine Navy ship in Sangley Point, which will bring relief assistance to Palawan.

Relief operations at the Oppra Elementary School Evacuation Center in Cebu were also conducted where 18 families are seeking temporary shelter.

(Unfortunately, they all lost their homes; we aim to at least help reduce their burden especially as the new year approaches. To the volunteers who visited them, thank you very much.)

Apart from these efforts, volunteers during the Christmas weekend also conducted relief assistance and palugaw in Talisay City in Cebu and in Sipalay City, Negros Occidental.

Robredo has also been visiting provinces battered by “Odette,” bringing relief packs and coordinating relief operations as well as meeting with local officials on how her office can assist in their rehabilitation effort.

As of Dec. 27, the National Disaster Risk Reduction and Management Council (NDRRMC)  said that the death toll due to Typhoon “Odette” has reached 389.

According to NDRRMC, a total of 334 cities and municipalities in Mimaropa, Western Visayas, Eastern Visayas, and Caraga had declared a state of calamity.