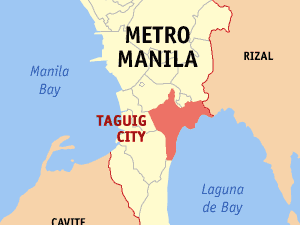 MANILA, Philippines — A shooting incident marred a Christmas celebration in Taguig City, as three Armed Forces of the Philippines (AFP) personnel were accused of firing at six individuals.

Reports from the National Capital Region Police Office (NCRPO) on Sunday said that the incident happened when three Philippine Army (PA) commissioned officers were having a drinking spree at Barangay Pinagsama, Taguig, at 3 a.m. on Saturday, December 25.

Reports said the Army men were allegedly disturbed when the victims threw stones at them while they were drinking.  The soldiers were said to have been enraged and fired at the victims using an M16 rifle.

Nheiljay was said to be assigned at the PA Command and Control Training and Doctrine Command, in Capaz, Tarlac; Felomino at the Attached and Assigned HQ and HQ Support Group, in Fort Bonifacio, Taguig; and Ladyong at the Army Signal Regiment in Fort Bonifacio also.

The six victims on the other hand were identified as:

The NCRPO said that they have coordinated the case with the headquarters of the Philippine Army already, as administrative cases will automatically be filed against the AFP personnel.

NCRPO chief Maj. Gen. Vicente Danao Jr. meanwhile appealed to the members of  the uniformed services and civilians who are allowed to bear arms, to be calm in these situations.

Danao said that there are other ways to resolve the incident, without resorting to firing guns.

(We appeal to the public as well as to those in the uniformed service and other gun owners. Be calm and never allow the effects of alcohol influence our decision to hurt others. There are diplomatic ways to resolve issues without resorting to firing a gun, except if our lives are under threat.)

The NCRPO head also promised that the Army personnel would be treated fairly according to law.

“Magkagayunman, the incident is already being handled by our in investigators in Taguig to ferret out the truth, to establish and validate the facts of the case. Nonetheless, please be assured that this will be handled without fear or favor,” he assured.