US Supreme Court to take up Biden vaccine mandate cases 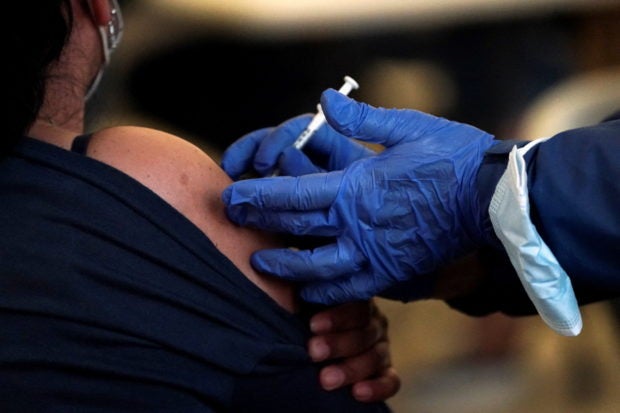 WASHINGTON — The U.S. Supreme Court agreed on Wednesday to take up disputes over the Biden administration’s nationwide vaccine-or-testing COVID-19 mandate for large businesses and a separate vaccine requirement for healthcare workers.

The brief court order said the court will hear oral arguments on January 7 in the two cases, with rulings likely to follow in short order.

The court, which has a 6-3 conservative majority, delayed action on emergency requests in both cases that sought an immediate decision. The workplace mandate is currently in effect nationwide, while the healthcare worker mandate is blocked in half the 50 U.S. states.

The challenges reached the high court as the new, highly transmissible Omicron variant surges, with public health officials bracing for a “tidal wave” of cases in the United States.

An appeals court on Friday allowed the workplace mandate, which covers 80 million American workers, to go into effect, prompting businesses, states, and other groups challenging the policy to ask the Supreme Court to block it.

The other case concerns whether the administration can require healthcare workers at facilities that treat federally funded Medicare and Medicaid patients to receive shots while litigation continues.

The Biden administration asked the court to allow the policy to go into effect in 24 states in which it was blocked by lower courts. It is also blocked in Texas in a separate case not before the justices.

President Joe Biden in September unveiled regulations to increase the adult vaccination rate as a way of fighting the pandemic, which has killed more than 800,000 Americans and weighed on the economy.

Among the challengers are 27 mostly Republican-led states, various individual businesses and business groups, and two groups of religious entities, including the Southern Baptist Theological Seminary in Louisville, Kentucky. Business challengers include the National Federation of Independent Business, a trade group that represents small businesses.

Last week the 6th U.S. Circuit Court of Appeals in Cincinnati lifted a November injunction that had blocked the workplace rule from the Occupational Safety and Health Administration (OSHA), which applies to businesses with at least 100 workers.

Medicare and Medicaid are federal programs that provide healthcare for people who are elderly, disabled or living on low incomes.