Over 600 tourists repatriated from Odette-battered Siargao 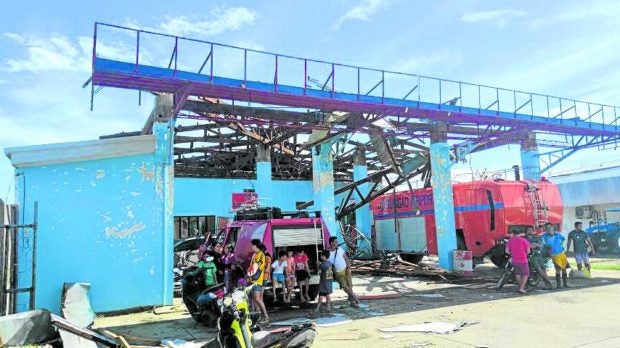 Matugas said that based on their estimates, over 1,000 tourists were stranded in Siargao after Typhoon Odette — arguably the strongest storm to hit the country this year — ravaged the island.

(We have repatriated more than 600 tourists as of yesterday. We estimated stranded tourists in Siargao to be more than 1,000 since many supposedly wanted to spend their Christmas here.)

Matugas said that tourists who wished to be repatriated were asked to go to the airport to have themselves enlisted as there were no scheduled flights yet in the island.

The local government, however, is coordinating with airline companies for repatriation flights.

“We will prioritize first ‘yung PWD (persons with disabilities), seniors, at mothers with children kasi limitado ‘yung seats (because the seats are limited),” Matugas said.

Typhoon Odette made its first landfall in Siargao Island on Thursday, December 16, leaving billions-worth of damages.