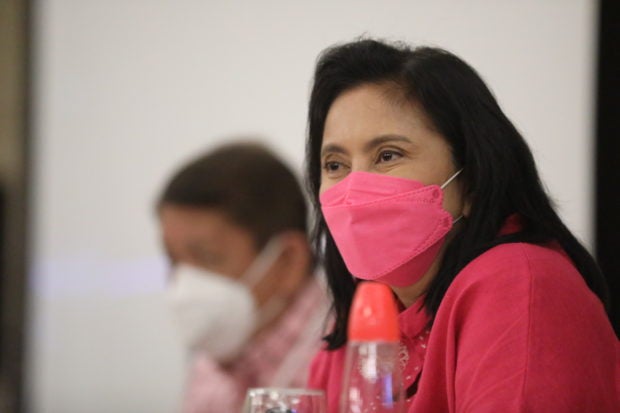 Robredo flew in from Manila early morning and met with Dumaguete City Mayor Felipe Remollo before proceeding to the northern part of the province by helicopter.

She was the first national official to visit Negros Oriental after the typhoon.

Vice Gov. Mark Macias said the Vice President had been in touch with people in Negros Oriental before the storm struck to check on disaster relief preparations.

The Vice President visited Barangay Tambacan in Bais City and Suba in Manjuyod, which suffered heavy damage and casualties due to the typhoon.

Bais listed 15 fatalities from Odette, mostly from raging floodwaters, while Manjuyod had 10 deaths as of Tuesday.

After inspecting the damage, Robredo said she was leaving two teams to facilitate the sending of assistance to Bais and Manjuyod.

From Manjuyod, Robredo flew to Kabankalan City in Negros Occidental.