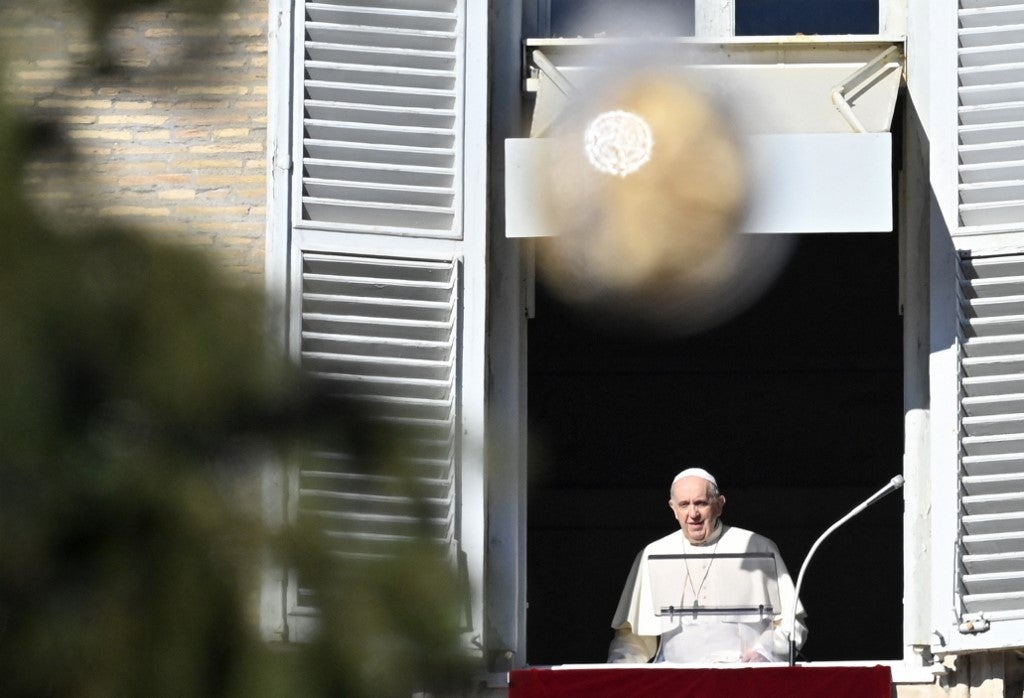 Pope Francis addresses attendees from the window of the apostolic palace overlooking St. Peter’s square during the weekly Angelus prayer on December 19, 2021 in The Vatican. (Photo by Alberto PIZZOLI / AFP)

Vatican City — Pope Francis described domestic violence as something “almost satanic” in an interview with Italian television, insisting on the dignity of the victims whose numbers have risen since the COVID-19 pandemic.

He was referring to “the great number of women who are beaten, abused at home, even by their husbands,” in comments to TG5 during a special programme broadcast Sunday evening.

Pope Francis was filmed talking to four people described as being the “invisible ones” in society, including a victim of such abuse. They discussed issues such as violence, poverty and the fallout from the pandemic.

“It’s a problem which, to my eyes, is almost satanic,” he told one of his interlocutors, a woman who with her children had had to flee her violent husband.

“Because it is taking advantage of the weakness of someone who can’t defend themselves.”

Comparing the suffering of abused women with that of Mary, the mother of Christ, who had to witness his crucifixion, he argued that she had never lost her dignity.

Advising the woman to draw strength from that example, he told her: “I see a lot of dignity in you, for if you had lost your dignity, you wouldn’t be here.”

Cases of domestic violence have soared during the lockdowns imposed to try to stem the spread of the coronavirus in Italy.

Since January, 112 women have been killed in Italy, according to interior ministry figures, more than half of them by the current or past partner.

Pope Francis has on several occasions denounced violence against women, last year comparing it to a “profanation”.