Military to own first ‘real’ tanks by year-end 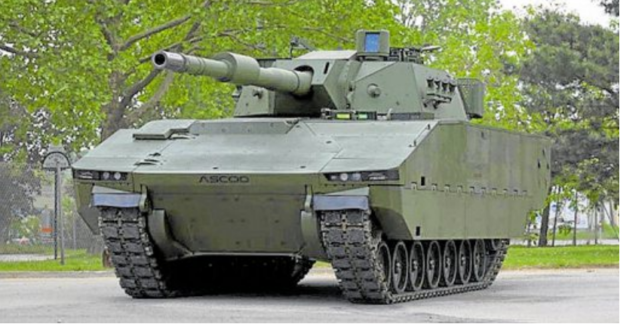 MODERN WEAPON: The Armed Forces of the Philippines will be receiving this month 20 Sabrah Ascod light tanks made in Israel as part of its modernization program. —PHOTO COURTESY OF THE AFP

TARLAC CITY, Tarlac, Philippines — For the first time, the Armed Forces of the Philippines will get its hands on its first “real” and “modern tanks in the postwar era,” Army officials said on Sunday.

This after the AFP announced it was expecting the delivery this month of 20 Israeli light tanks that would be turned over to the to the Philippine Army’s Armor Division based in Camp O’Donnell in Capas town, Tarlac province.

“Ito ’yung tangke talaga (These are real tanks). What we have now in our inventory are APCs” mounted with low-caliber firearms, Abrina said.

The Sabrah Ascod light tanks are mounted with heavier-caliber firearms that were similar to the weapons that the AFP used during the five-month siege and retaking of Marawi City from Islamic State-aligned terrorists in 2017, he added.Lt. Col. Zam Taguba, public affairs officer of the Armor Division, also explained that while the Army only has APCs, these were categorized as tanks as these were mounted with weapons.

“Those that are arriving will be the first light tanks for the whole Armed Forces because its deployment would be more [centered] on territorial defense,” he said in a phone interview on Sunday. The current inventory of APCs are for internal security operations, he added.

“Currently we have more than 400 APCs of different variants like Simba Fighting Vehicle, V150 commando, Armored Infantry Fighting vehicle, and the M113 A1 and A2. The Sabrah Ascod and Pandur light tanks are the first modern tanks we will have postwar era,” Taguba added.

Next year, the Army is expecting to receive six-wheeled armored vehicles to replace the military’s four-wheeled tanks, Abrina said.

Top Army officers visited Israel this month to see the weapons being made available to the country, he said. “We know Israel produces advanced and state-of-the-art [weapon] systems,” Abrina said.

The military is recruiting skilled personnel who can operate and oversee the upkeep of the equipment, he said.