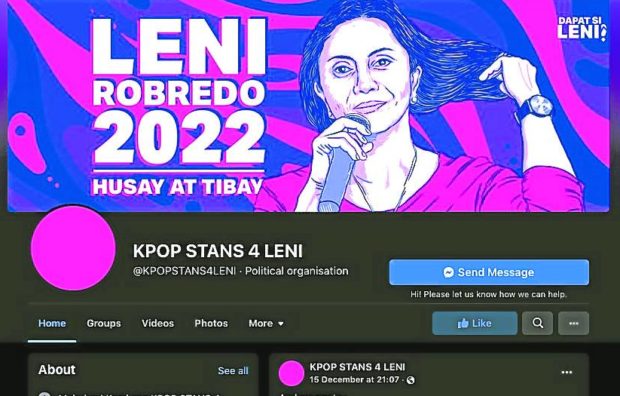 FANDOM AND POLITICS K-pop stans, or devoted fans of Korean pop, like journalist and novelist Purple Romero (below) are leading voter education efforts online, ahead of the election campaign next year. Other stans have formed groups like KpopStans4Leni on social media. —CONTRIBUTED PHOTOS

MANILA, Philippines — When Ferdinand “Bongbong” Marcos Jr. declared his presidential bid on Oct. 6, Vice President Leni Robredo announced her own candidacy the next day — and many K-pop “stans,” or devoted fans of Korean pop, were also prompted that day to organize the social media group KpopStans4Leni on Facebook.

These stans were essentially against Bongbong and for all that he seemed to represent — as the namesake and only son of the dictator Ferdinand Marcos. Comebacks are a familiar trend among K-pop artists, but this was one comeback that K-pop stans in this particular circle did not want.

“We already know how to mass mobilize on the internet,” said 27-year-old Majo, one of the netizens behind the group. (Most interviewees in this story requested to be identified by their first names only.)

“We’re just aligning it [to] the campaign. We have the experience and the familiarity of the tools,” she said.

KpopStans4Leni immediately drew 1,000 followers on its launching on Oct. 7. The numbers continue to climb, and on Twitter, the group now has 5,000 followers.

Other stans have followed suit, mobilizing to challenge online disinformation, as they called it, and also promote voter education. Suddenly these stans have become a political force on their own.

For CJ, a volunteer of KpopStans4Leni, “everything is political. Even before you’re a fan, you’re a Filipino first.”

K-pop stars themselves have been involved in politics, or at least certain issues, with armies of their fans organized to rally behind particular advocacies—to the beat of their dance-crazy music.

So elsewhere, as in this country, entertainment can cross over to politics. “We don’t widely acknowledge it, but our fan culture is political in many ways,” said sociologist Athena Presto, who cited further the “need” among the youth “to be politically active to pursue their interests—whether it be in participating in fandoms or in pursuing their hobbies.”

Fandoms, Presto said, “have huge potential for forwarding advocacy and political causes because the line between entertainment and politics [is] already blurred in the Philippines.”

Not all stans are politically inclined, of course. “Some of them would say I became a fan to have fun and being political is not fun,” said Bella, who created online discussion group “Let’s Discuss BTS!” — inspired by the world-famous K-pop group. “But we weren’t asking them to accept anything,” she explained.

Yet in a Facebook post, Bella also reminded the group’s members that “rejecting politics or turning a blind eye on societal issues is akin to dismissing the very essence of BTS.” 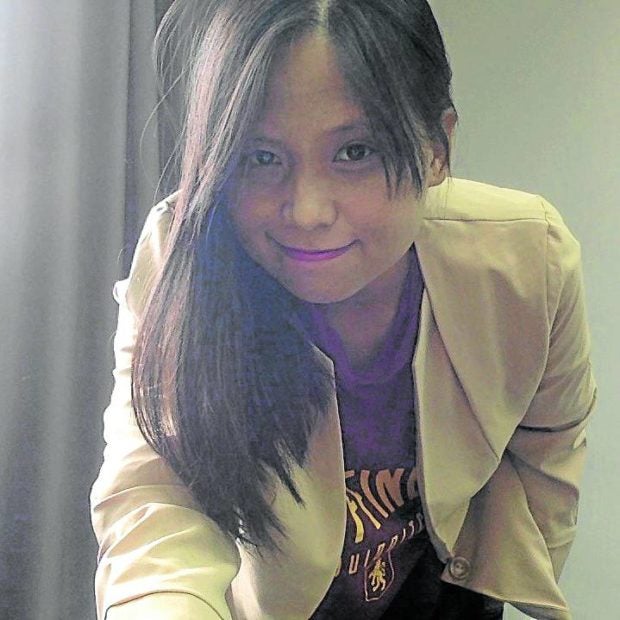 Journalist and novelist Purple Romero said stans like her can help challenge “old prejudices” and “mindsets.”

“So if they can be strategic in that way, and mobilize people, then I can probably do it: get people who are willing to listen and learn and share what they know,” she said.

This was the impetus behind her online forum on Twitter called “Eleksyonisms,” which is now on its fifth episode since its launching in September.

Her goal, Romero said, “is to show people that they have the potential to change the fate of the upcoming elections” by discussing the platforms of the candidates and actually showing up at the polling places.

“You’d be surprised by how many are politically aware,” she said. “You can’t just pigeonhole [stans as] ardent admirers of people they hardly know. Being a fan means caring about what is happening to society at large.”

Since the launching of KpopStans4Leni, the group has been promoting Robredo’s track record and platforms and posting pink-and-white calls to action on people’s timelines.

Majo said the group was willing to go on the offensive—hijacking hashtags that either smear Robredo or whitewash facts about martial law to depict the Marcoses in a better light.

Some of the group’s running campaign hashtags include #MassReportHour—reporting fake news, posts, videos and tweets every day at 8:00 p.m.—and #LeniSelcaDay, through which they post pictures of themselves in Robredo’s signature pink. They’ve also shared materials about her platforms and career milestones.

Some volunteers like Ed bring their own advocacies to the table, like fighting fake news promoting the Marcoses.

“Many of my fellow Boholanos still believe, for example, in the existence of the Tallano gold,” he said, referring to a story about Marcos being paid in gold by a royal family for lawyering for them. “So I really want to do my part. I believe that as long as [Filipinos] learn the truth they will be encouraged to discern what is right,” he said.

But the stan community is aware that it has a long way to go as a young collective in politics.

“We’re still testing the waters of what we can do further down the line,” Majo said.

It has been said, of course, that a lot is at stake for the youth—who are always the predominant demographic in every database released by the Commission on Elections during elections, but not monolithic, unlike the regional, religious and other voting blocs, for example.

K-pop stans already involved in the 2022 political race are urging more stans to join their cause, or at least, as CJ put it, to convince them to “research on the … candidates, … know their platforms, know their priorities and what they can bring to the country.”

She said the choice is simple: a better government, a better pandemic response and better chances for the economy to recover.

“If one vote means a lot during K-pop comeback season, that’s even truer in the national elections,” CJ said.