Crouched in fear for 5 hours as typhoon blew past 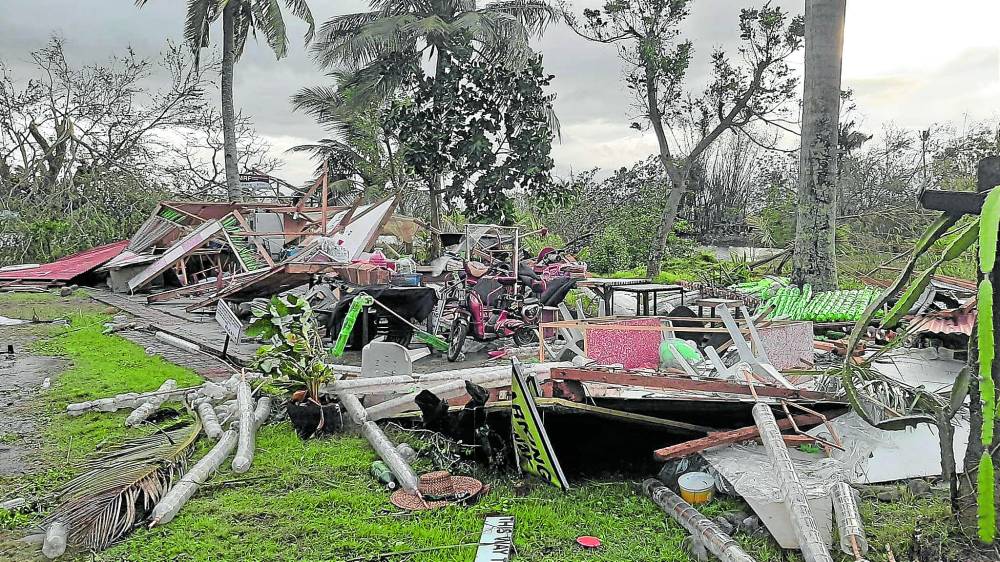 ALL GONE Most of the structures on PeacePond farm, an ecotourism site at Binalbagan, Negros Occidental province, have been reduced to this. —CHECCS OSMEñA ORBIDA/CONTRIBUTOR.

“I thought it was our end.”

This was how Checcs Osmeña Orbida described the harrowing experience she endured for more than five hours as Typhoon “Odette” (international name: Rai) slammed into Negros Occidental province early on Friday, trapping her and several others at the organic farm that her family owns and operates in Binalbagan town.

Orbida said Odette’s howling winds began whipping at the PeacePond farm and its structures shortly before midnight on Thursday. The first gusts sent her, her husband Jesus Antonio “Jet” Orbida and three farmworkers into panic and scampering from their house to another building that served as the farm’s processing area, where they thought it would be safer.

Once inside, the three farmers hid under countertops while the Orbida couple sought cover under a steel table. They stayed in a crouching position for more than five hours, she told the Inquirer.

When the wind subsided, it was already 5:10 a.m. on Friday. They finally emerged from their hiding places and looked outside to see eight other structures on the farm flattened and the roof of their residence gone.

“We could not be rescued because a lot of trees had fallen, so we waited and prayed,” Orbida said.

The only building left basically intact was the farmers’ dormitory, while among those destroyed were the ones used by the cooperative, she said.

PeacePond is a profit-sharing venture with 24 farmers and their families as members. An ecotourism site accredited by the Department of Tourism, the Binalbagan property also includes an agriculture school for organic farming and a plastic recycling facility.

Jet is a multiawarded organic farmer and a director of the National Organic Agriculture Board.