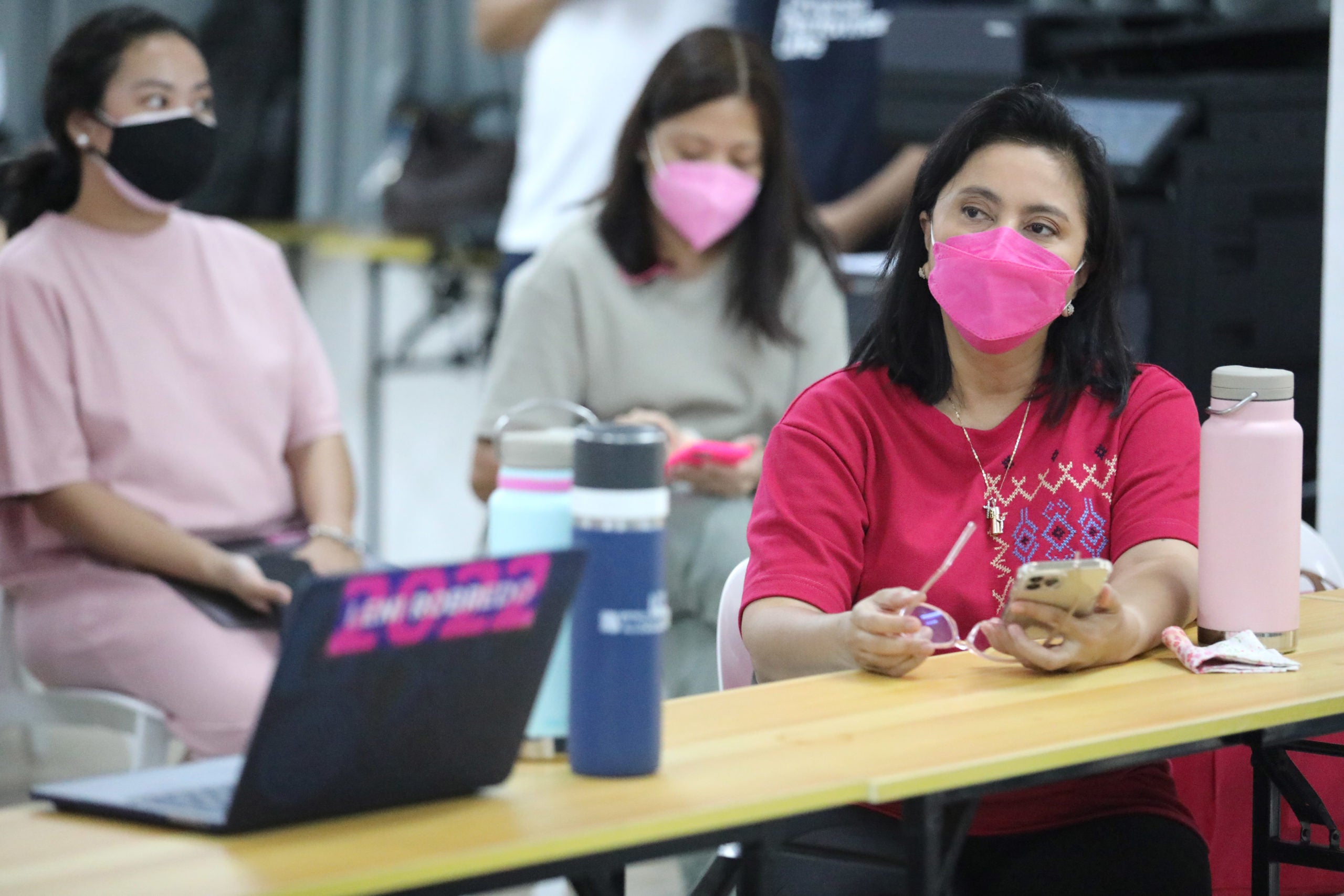 MANILA, Philippines — Vice President Leni Robredo is on her way to Bohol to personally check the situation on the ground, after the area and nearby province were badly hit by Typhoon Odette.

Robredo’s spokesperson Barry Gutierrez confirmed this to reporters on Friday, saying the Vice President in the coming days may also fly to other areas that were affected by the typhoon.

Gutierrez said Robredo’s first-hand assessment will provide her office with a better analysis on what assistance a particular area needs the most.

An advisory from the Office of the Vice President (OVP) also showed Robredo making an out-of-schedule trip to Bohol as part of her office’s response to the typhoon.

Earlier, Robredo said that they are converting the volunteer space along Katipunan Avenue, which has been used for her presidential campaign, to a relief operations center that would accommodate donations to be sent out to areas ravaged by Odette.

According to Robredo, they have been monitoring the developments in the southern portions of the country after Odette barreled through the northern portions of the Caraga Region and other parts of Mindanao at its peak strength — with maximum sustained winds of 195 kilometers per hour.

Robredo is personally supervising relief operations for those affected by Typhoon Odette at her volunteer center in Quezon City.

As of Friday noon, the Philippine Atmospheric, Geophysical, and Astronomical Services Administration (Pagasa) said Odette was able to maintain its strength as it moves closer to mainland Palawan.

Odette is now packing maximum sustained winds of 155 kilometers per hour (kph) and gustiness of 235 kph.  It is still moving west at 25 kph.

At present, no areas are under Tropical Cyclone Wind Signal No. 4, with Signal No. 3 being raised only over some areas in Luzon and Visayas, particularly Palawan and Iloilo.