Tugade: MRT-7 on track for start of operations in Q4 of 2022 | Inquirer News
Close
menu
search 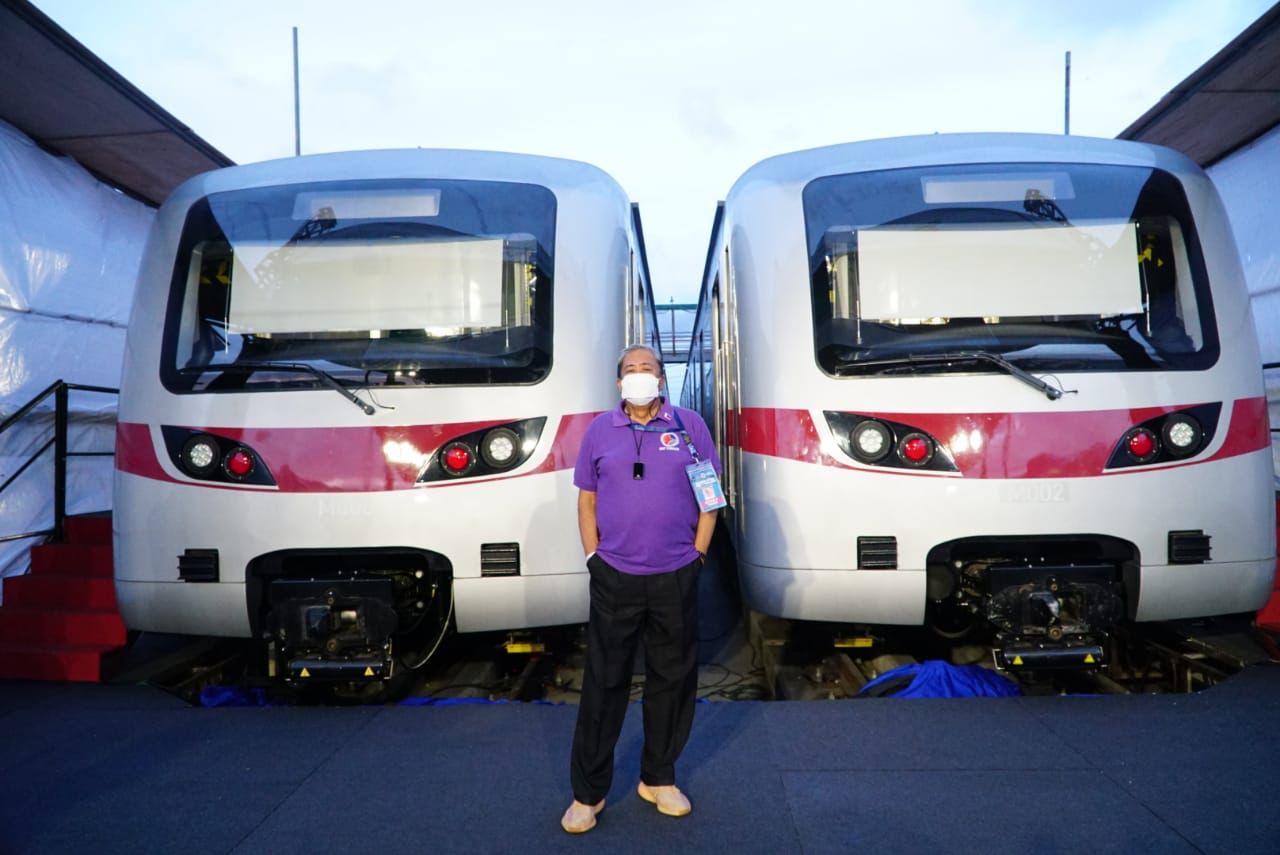 MANILA, Philippines — After almost two decades of failed attempts to commence construction, the Metro Rail Transit Line 7 (MRT-7) project is very much well on track for completion with its fast-paced construction and the arrival of the rail line’s brand-new train sets from South Korea, Transportation Secretary Art Tugade underscored on Thursday, 16 December 2021.

Tugade made the statement during the unveiling ceremony of MRT-7’s brand-new train sets graced by President Rodrigo Roa Duterte.

At present, six train sets or 18 rail cars out of the 108 rail cars have been shipped to the country. The entire MRT-7 system will have a total of 36 train sets.

The unsolicited proposal for the rail line, which will link North Avenue, Quezon City, and San Jose del Monte, Bulacan, was first submitted to the then Department of Transportation and Communications (DOTC) in August 2001, while the concession agreement for the project was signed in August 2008.

Stagnant for almost two decades, the actual construction of the MRT-7 project started only in August 2016. The rail line’s overall progress rate is now at 62.10% and is eyed for partial operations with test runs starting in April 2022 and slated to start passenger operations in December 2022.

Once completed, the 22-kilometer and 14-station railway line will reduce travel time from North Avenue, Quezon City to San Jose del Monte Bulacan to just 35 minutes from the current 2 to 3 hours. The project is also expected to service 38,000 passengers during peak hours daily.

Meanwhile, Secretary Tugade expressed his gratitude to San Miguel Corporation (SMC) President and COO Ramon Ang for pushing for the construction of the MRT-7 Project and supporting the Build, Build, Build Program of the Duterte administration.

President Duterte lauded the Department of Transportation (DOTr) for building a “world-class project that will benefit the Filipino people.”

“The MRT-7 project will provide the public with a fast, efficient, convenient, safe, and reliable transportation system that will result in the increase in productivity of workers and businesses in Metro Manila and its nearby provinces,” President Duterte said.

SMC President Ang, for his part, said the MRT-7 is a vital project that will develop an integrated and interconnected transportation system and promote equity and inclusivity across cities.

“MRT-7 will decongest traffic, make our cities more accessible, and boost economic activities. This train set will represent grains into a better future for all of us,” SMC President Ang said.

Quezon City Mayor Joy Belmonte also expressed her gratitude to President Duterte and Secretary Tugade, saying the MRT-7 “will forever be remembered as an edifice of progress and accelerated national growth. We thank you, not only because you have delivered on a promise, but you have also brought us to the next stage of our nation’s future.”