Typhoon Odette weakens a bit as it passes northern Bohol 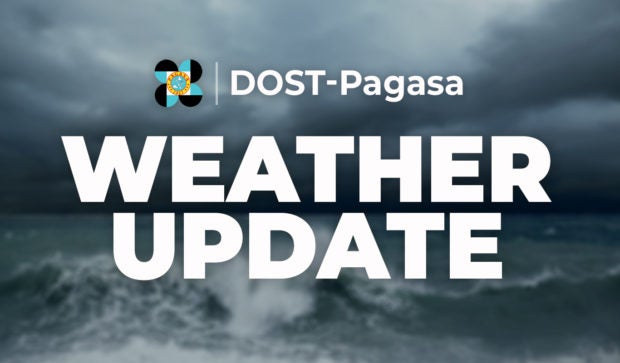 Based on the 7:00 p.m. weather update of Pagasa, Odette was spotted over President Carlos P. Garcia town in Bohol, packing maximum sustained winds of 185 kilometers per hour (kph) near the center and gustiness of up to 255 kph.

Odette was at the time moving west at a speed of 30 kph, the state weather service said.

According to Pagasa, Odette may only weaken a little due to interaction with terrain but it may regain its power again once it starts moving over the West Philippine Sea. After that, it may gradually reduce strength due to the effects of wind shear and the northeast monsoon surge.

Forecasts from the government weather bureau showed that Odette would still traverse several provinces in Central and Western Visayas before moving to the Sulu Sea by Friday morning.

After passing near, or over the vicinity of Cuyo or Cagayancillo archipelago, the typhoon would travel over the northern or central section of Palawan by Friday afternoon.

Odette may leave the Philippine area of responsibility by Saturday afternoon, Pagasa said.

As of this writing, Pagasa raised various Tropical Cyclone Wind Signals over certain areas on the path of Odette.

Moderate to heavy with at times intense rains will also likely prevail over Leyte, the southern portions of Eastern Samar and Samar, Zamboanga del Norte, Lanao del Sur, and the rest of Northern Mindanao during the same time period.

Starting Friday morning up to Saturday morning, Pagasa said the heavy to intense with at times torrential rains will be felt over Negros Oriental, Western Visayas, and Palawan including Calamian Islands, Cuyo, and Cagayancillo Islands.