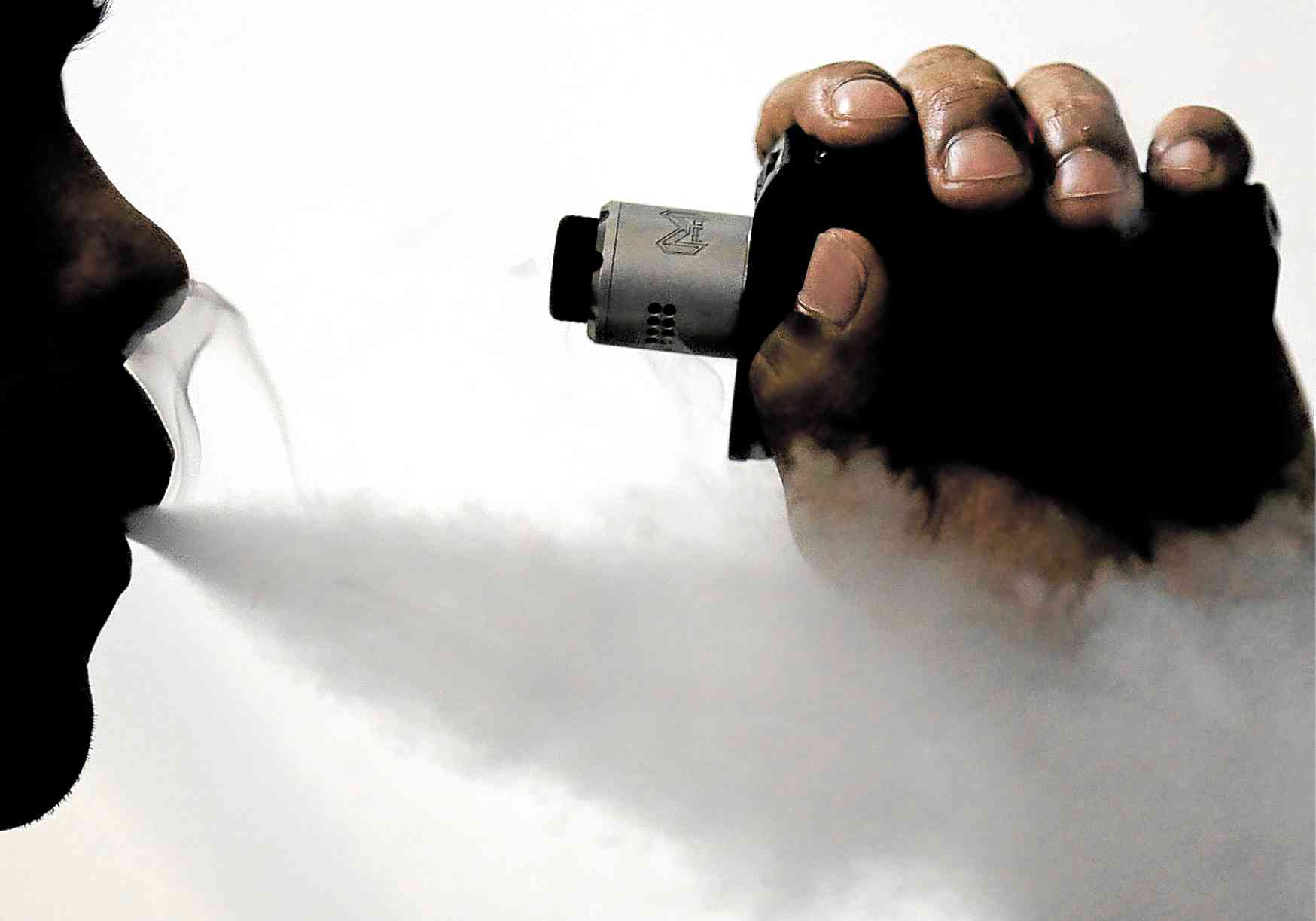 (FIL) E-cigarette proponents say vaping is better than smoking tobacco, but health officials say there is no study yet on the long-term effects of vaping. —RICHARD A. REYES

MANILA, Philippines — The Senate on Thursday approved on third and final reading a bill seeking to regulate the importation, manufacture, sale, packaging, distribution, use, and communication of vaporized nicotine and non-nicotine products.

Under the bill, vaporized nicotine products (VNP) or “vapes” are not allowed to be sold to minors.

During the period of amendments earlier this week, Senator Pia Cayetano proposed to raise—from 18 to 21 years old—the minimum allowable age under the bill.

In introducing her amendment, Cayetano said if the objective of the bill is to find the balance between allowing older, mature smokers to shift to vaporized nicotine products and keeping it out of the hands of the young population, the age requirement should be 21, which is also the age indicated in the sin tax law.

But Senate President Pro-Tempore Ralph Recto, sponsor of the bill, did not accept the amendment, saying it would not make sense that at the majority age of 18, one can smoke and drink but is barred from using “less harmful products.”

During voting, Cayetano’s amendment was rejected.

Under the bill, retailers or distributors both for physical or online stores are required to be registered with the Department of Trade and Industry (DTI) and the Securities and Exchange Commission.

For sellers, the DTI is mandated to set product standards, which should be met within a limited period of time, according to the bill.

The measure also bans the sale and distribution of VNPs within 100 meters from “any point of the perimeter of” a school, playground, or other facilities frequented particularly by minors.

Meanwhile, the bill requires establishments offering, selling, or distributing VNPs to bear a “point-of-sale signage which states that sale to or by persons below 18 years old is illegal.”

Further, the measure prohibits celebrities or social media influencers from being featured in such advertisements and other forms of consumer communication.

These advertisements, the bill said, should not “contain an endorsement, implied or expressed, by a celebrity or social media influencer.”

Cayetano and Senator Francis Pangilinan voted against the passage of the bill while Senators Bong Go and Manny Pacquiao abstained from voting.

Cayetano said she was “beyond disappointed and saddened” that products covered by the bill will not have the “regulatory stamp” of the Food and Drug Administration (FDA).

Cayetano has been calling on her colleagues to uphold the FDA’s jurisdiction to regulate vapes under the measure.

“And it hurts me deeply that I have not been able to convince my colleagues that simply by regulating and allowing the FDA to do its job is not good enough for the Senate,” she added.

“We had proposed to stick to the two flavors and allow FDA to agree to other flavors that it deems fit. The honorable sponsor (Recto) said no to that as well. And finally, for the FDA, this Senate has resoundingly said no FDA regulation,” she also said.