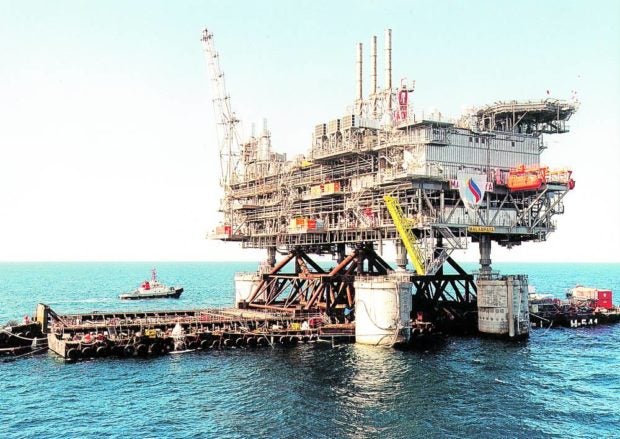 DRILLING FOR ANSWERS: Three senators on Wednesday questioned the “inconsistent” procedures that the Department of Energy went through in approving the sale of the majority of the stake in Malampaya to businessman Dennis Uy.

MANILA, Philippines — Senators on Thursday exposed what they said were defects in the government’s approval of the controversial acquisition by Davao-based businessman Dennis Uy of a majority interest in the Malampaya project.

At the resumption of the Senate energy committee investigation into the sale by Shell Philippines Exploration (SPEx) and Chevron Corp. of their 45-percent stake each in the Malampaya deepwater gas-to-power project to Uy’s Udenna Corp., the senators claimed the entire process showed how a company owned by the biggest campaign contributor of President Rodrigo Duterte was allegedly favored to gain control over what they called the “crowning jewel” of the country’s energy infrastructure.

Senators Sherwin Gatchalian, Risa Hontiveros, and Koko Pimentel questioned the “inconsistent” procedures that the Department of Energy (DOE) went through in approving the sale of the majority stake in Malampaya to Uy.

Toward the end of the hearing, however, senators heaved a sigh of relief after Rozzano Briguez, president and CEO of PNOC-Exploration Corp. (PNOC-EC), said the state-owned company has withheld its consent to the sale of shares from SPEx to Udenna.

PNOC-EC, which owns the remaining 10-percent stake in the Malampaya project, has a right of first refusal on the shares being sold by the other shareholders.

During the hearing, Sen. Risa Hontiveros zeroed in on the alleged anomalous approval by the DOE of deals ceding control over two of the country’s major energy assets—the Malampaya and Recto Bank gas reserves—to Uy.

Hontiveros questioned at length how Udenna managed to snag the service contracts to operate the Malampaya power project off Palawan and the Recto Bank gas reserves in the West Philippine Sea.

According to 2013 data from the United States Geological Survey, the underwater reef formation Recto Bank could contain about 11 billion barrels of oil and 190 trillion cubic feet of natural gas in proved and probable reserves.

“In terms of sheer value, the Recto Bank and Malampaya projects would dwarf even Pharmally and pastillas put together if we don’t vet this properly; this might become the heist of the century, even of the millennium,” she said.

Hontiveros was alluding to the ongoing Senate inquiry into the alleged misuse of some P42 billion in funds for the government’s pandemic response, P11.5 billion of which was awarded to Pharmally Pharmaceutical Corp., an undercapitalized company.

She was also referring to the pastillas scam, or the bribery scandal involving immigration officials who supposedly allowed the illegal entry of foreign workers, mostly from mainland China, to work in the thriving Philippine offshore gaming operators (Pogo) industry.

Citing documents, Hontiveros also noted that Udenna Corp. Malampaya (UC Malampaya) was incorporated only on Sept. 1, 2019, or just 18 days before the DOE announced the nonrenewal of Service Contract 38 covering activities in Malampaya.

UC Malampaya, Hontiveros claimed, later acquired the Malampaya shares of Chevron and SPEx despite having no experience in energy exploration.

“The timing is suspiciously convenient. Either they have employed very good fortune tellers, or Udenna was provided with advance notice, among other inordinate advantages. Is the country’s strategic energy asset being sold in a last-minute sweetheart deal?” Hontiveros asked.

In response, Energy Secretary Alfonso Cusi said the DOE has no jurisdiction over any transaction the companies made before the approval of the sale of Malampaya shares.

But Senator Gatchalian, committee chair, repeatedly called out the DOE for its “confusing” positions on the legal bases for giving consent to the Malampaya deals and its subsequent approval.

He said the sale of Malampaya, which is valued at around P28 billion ($565 million), was a matter of national interest as it involved 20 percent of the country’s total power reserves.

The senator chided Cusi for his flip-flopping positions on the applicability of Presidential Decree 87 and DOE department circular (DC) 2007, on whether or not the sale of stakes over Malampaya required government approval.

Gatchalian also called out the DOE for its use of unaudited financial statements and unapproved documents in assessing the financial capability of Udenna, in supposed violation of DC 2007.

Senator Pimentel criticized how the DOE supposedly used a different interpretation of the law in assessing the capability of Udenna to undertake the Malampaya project.

He was referring to Cusi’s admission that the DOE assessed the legal and technical capability of UC Malampaya, the Udenna subsidiary used to acquire the Malampaya stakes, but did not scrutinize the buyer of the shares for its financial capability.

“The secretary himself called it a mestizo application of the law. We are applying the same law, reading the same provision, yet, we try to find a reason not to strictly apply it,” Pimentel said.