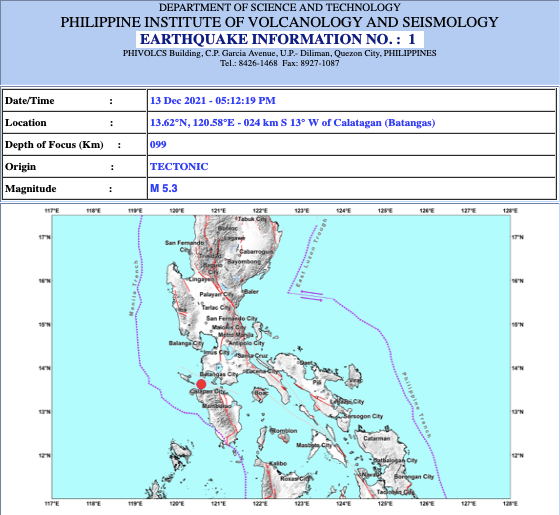 According to Phivolcs, the epicenter of the quake that occurred at exactly 5:12 p.m. was located 24 kilometers (km) southwest of Calatagan town.

Intensity I was likewise felt in other portions of Quezon City, Tagaytay City, Batangas City, and Calatagan.

It was also felt at Intensity IV in Calapan City, according to the intensity meter in the office of the City Disaster Risk Reduction Management Department.

State seismologists said the quake was tectonic in origin and had a depth of 99 km.

No damage was reported due to the tremor as of this posting but Phivolcs warned of possible aftershocks. — with reports from Madonna T. Virola, Inquirer Southern Luzon