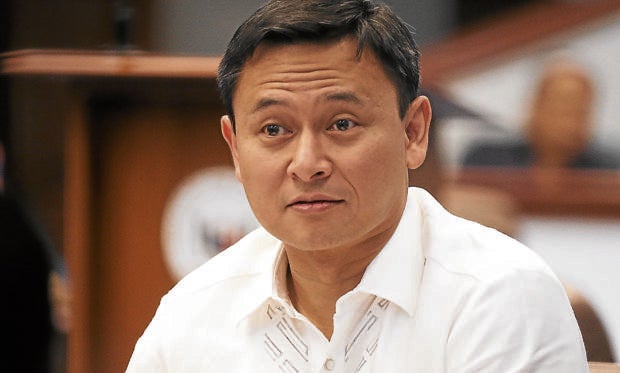 MANILA, Philippines — Senators and members of the House of Representatives are nearing a compromise deal that will halve the proposed 2022 budget of the government’s controversial anti-insurgency body, Sen. Juan Edgardo Angara said on Sunday.

Angara, head of the Senate contingent to the bicameral conference committee tasked with reconciling differences in the spending bills approved by both chambers, said the emerging figure was at least P5 billion more than the allocation approved by the Senate.

“We’re moving close to [P15 to 16 billion],” Angara told the Inquirer in a Viber message, referring to the budget of the National Task Force to End Local Communist Armed Conflict (NTF-Elcac), one of the hot-button items under discussion at the bicameral conference.

“Several have actually pushed for it. We’ll be finalizing soon, [in the] next 24 to 48 hours,” he said when asked if other senators had agreed to the deal.

Senate Minority Leader Franklin Drilon, who earlier branded the NTF-Elcac fund as another pork barrel of the executive, declined to comment until the completion of the bicameral conference report.

The Senate finance committee, which Angara chairs, had initially proposed only P4 billion for the NTF-Elcac next year but was persuaded by proadministration senators to raise it to P10 billion.

But Angara agreed to increase the allocation to P16 billion, according to Sen. Ronald dela Rosa.

The House, on the other hand, retained the executive department’s original proposed funding of P28 billion for the body, which had come under fire for its officials’ propensity for “Red-tagging,” or labeling activists and critics of the government as communists.

The NTF-Elcac’s current budget stands at P19.3 billion, of which P16.4 billion was earmarked for a barangay development program that has been criticized for allegedly being used for propaganda and political purposes.

Angara did not specify how the bicameral panel came to the figure of P16 billion, but he has been negotiating one-on-one with the head of the House contingent, Rep. Eric Yap, in a so-called “small bicam.”

The conference committee is composed of 20 members of the House of Representatives and 13 senators, and tasked to reconcile conflicting provisions in the two chambers’ versions of the government’s P5-trillion spending measure.

Traditionally, the two panel heads of both chambers are authorized to negotiate with each other in the small bicam and submit a consolidated report for the approval of the entire bicameral committee.

Once the panel approves a final version, the bill will be sent back to the Senate and the House, and ratified by the two chambers separately. Then it will be transmitted to the President for signing into law.

The NTF-Elcac budget, according to Angara, is “one very ticklish issue” that the two chambers needed to negotiate.

“This year, there are budgets that need to be discussed and reconciled. I think you are familiar with some items. The NTF-Elcac is one,” he said.

The task force raised a furor among civil rights advocates and raised call for the agency to be defunded after some of its officials made unsubstantiated claims against popular personalities and lawmakers.