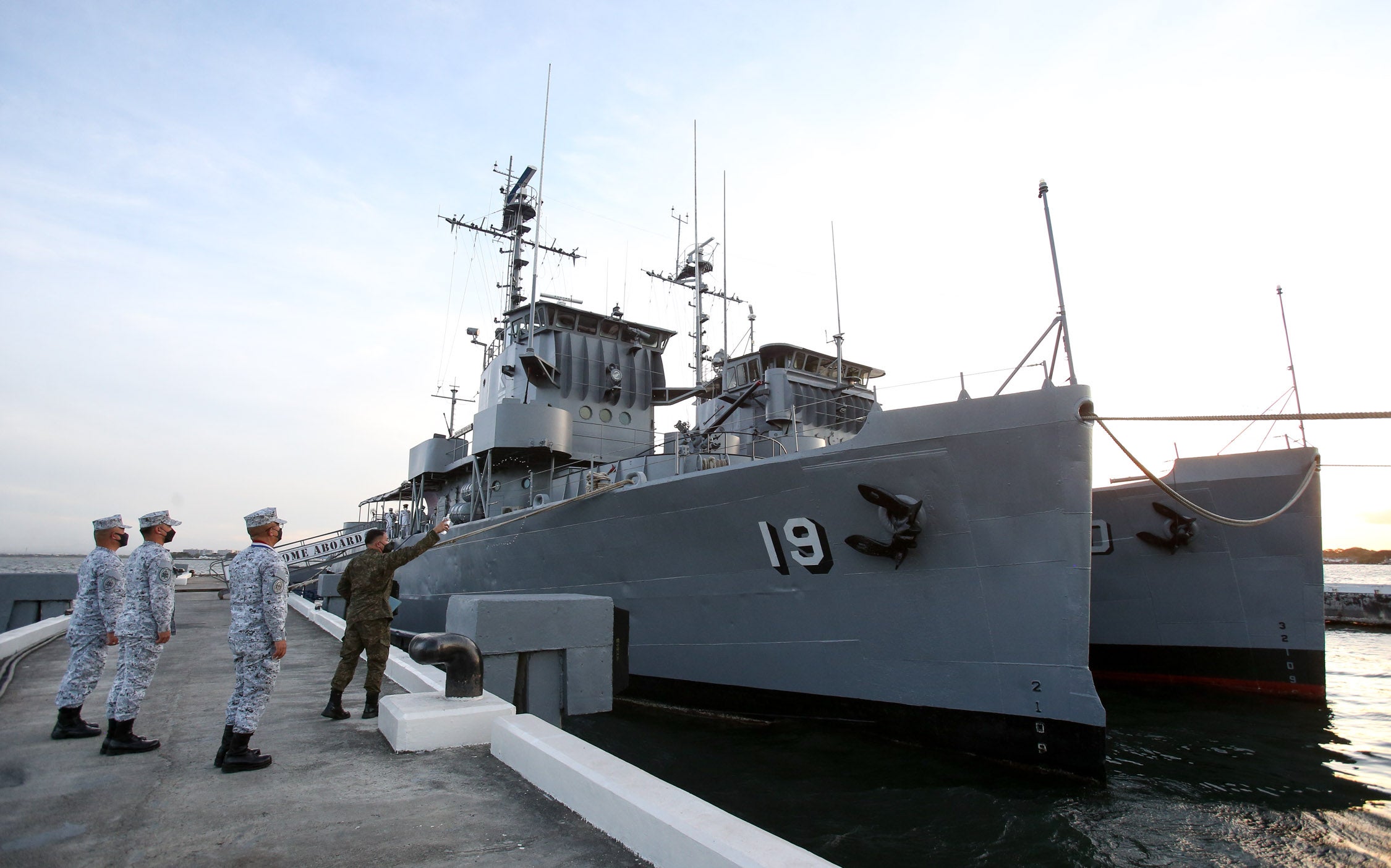 World War 2-era vessels named after Filipino heroes BRP Miguel Malvar (PS-19) and BRP Magat Salamat (PS-20) were decommissioned in a solemn sunset ceremony at a naval base in Sangley Point, a former US base.

Both ships served the Philippine Navy for 44 years and 10 months. But overall, they had been in use for 77 years, including by the US Navy where they originated, and the Republic of Vietnam Navy where they were later transferred.

“Today, we honor and pay tribute to BRP Miguel Malvar and BRP Magat Salamat not only because of what these vessels have endured through the years but also because of their service to the nation and to the Filipino people,” said Navy chief Vice Admiral Adeluis Bordado.

Top Navy officials and former skippers of the ships witnessed the event in person and online. 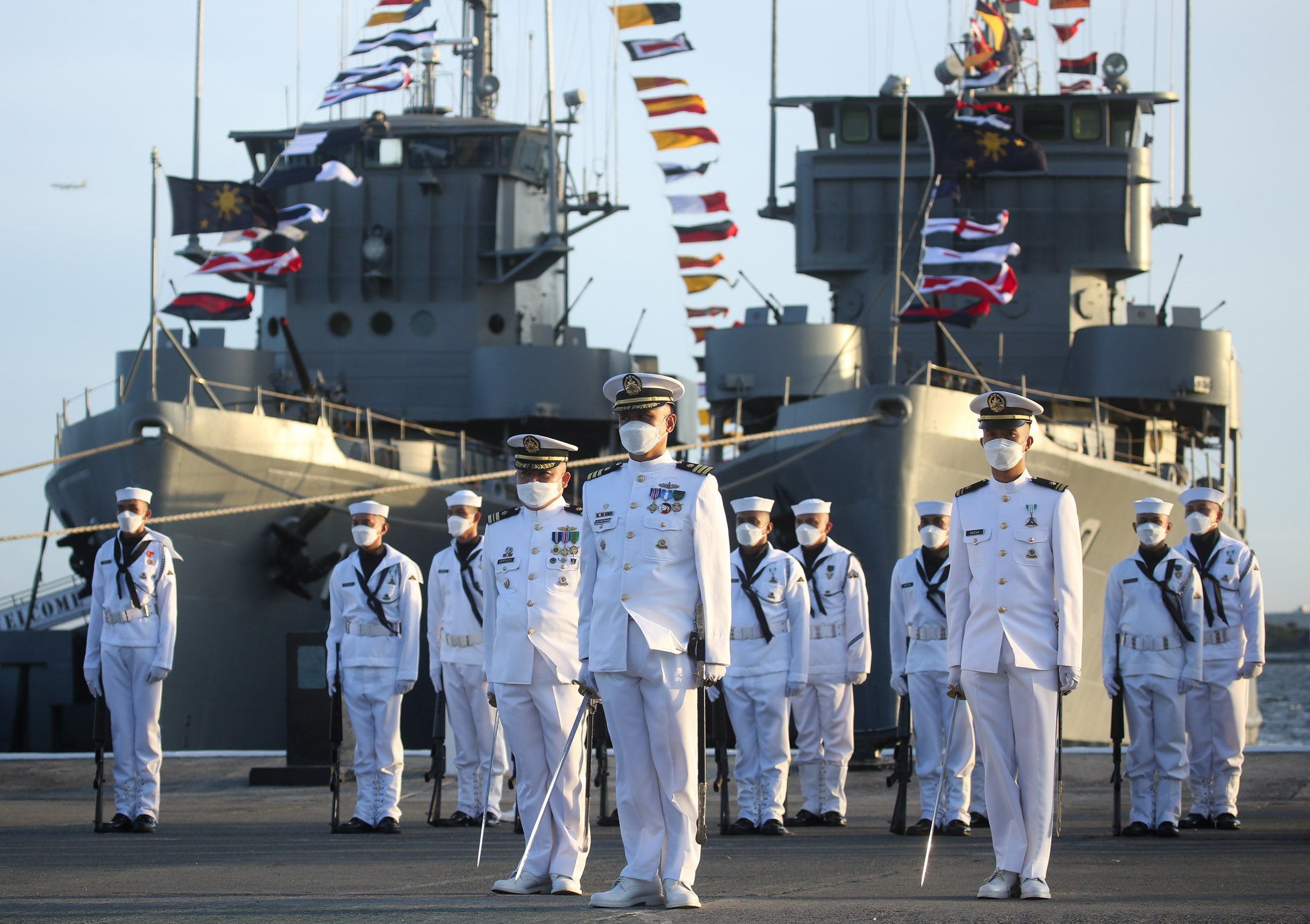 The Philippine Navy has been decommissioning vintage vessels since 2020 as part of a plan to shift to a modern fleet. Three more are lined up for retirement.

Supply ship BRP Mangyan (AS-71) was also set for decommissioning along with Miguel Malvar and Magat Salamat, but a decision was made to extend its service.

“It’s still deployed. It’s been only six months after repair and it’s still seaworthy,” said Rear Admiral Alberto Carlos, Philippine Fleet commander, partly in Filipino. “There’s an operational need for it so there was a decision to delay the commissioning to probably next year,” Carlos said.

Replacements for retired vessels could begin to arrive as early as next year. Initial deliveries for nine fast patrol boats, worth P10 billion and from Israel Shipyards Ltd, were expected in 2022.

“I’m happy to report that in this decommissioning, the two corvettes and six OPV are no longer dreams,” he said partly in Filipino.

“Two to three years from now we will see deliveries of the first unit of OPVs and corvettes,” he said.

The Navy needs more ships to bolster its presence around the archipelago. It faces an array of maritime security challenges, ranging from the West Philippine Sea dispute to terrorism. 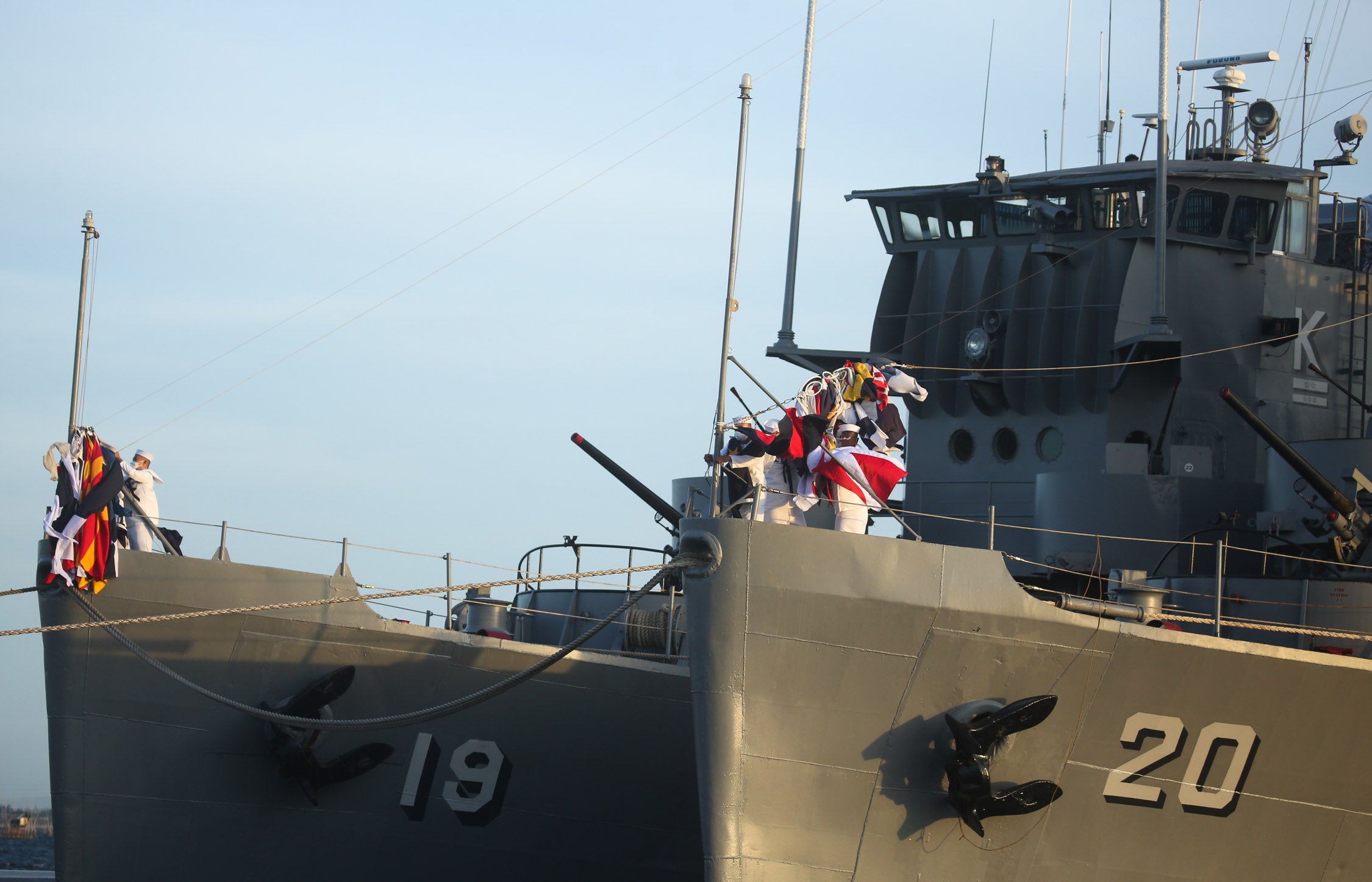 Defense Secretary Delfin Lorenzana this week announced that the budget department has approved funding for OPVs. Bordado said the corvettes were also “approved” but he did not elaborate.

Contracts have yet to be awarded for these projects, according to Lorenzana.

The Philippine Navy is setting its sights on acquiring six OPVs worth P30 billion from Australia’s Austal and two corvettes worth P28 billion from South Korea’s Hyundai Heavy Industries.

It is also in the process of acquiring two landing docks.

Earlier this week, the Navy commissioned landing craft utility BRP Mamanwa (LC-294), a donation by the Republic of Korea Navy. It will be used in troop transport in Visayas or Mindanao.

While the replacements for the retired vessels could arrive several months later than desired by the Navy, it said there would be no disruption in its operations.

“We did our assessment and we can do it based on the requirements on the operational area. We have ships remaining in the inventory,” Carlos said, speaking in a mix of Filipino and English.

“They are enough to satisfy the deployment operational requirements,” he said. “The frigates are there, WHECs (weather high endurance cutters) and the JCPVs (Jacinto-class patrol vessels). There are other patrol ships available,” he said.

7 ageing PH Navy ships, too costly to maintain, to retire in 2021