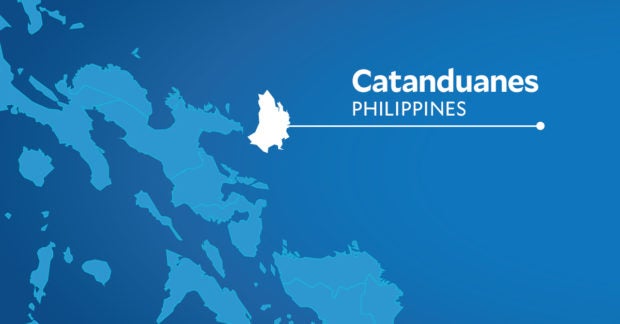 LEGAZPI CITY — After several days of search and rescue operation, five of 15 fishermen reported missing in the waters off Catanduanes province have safely returned to their villages, authorities said Thursday.

But rescuers were losing hope to find the remaining 10 other fishermen alive after failing to locate them since they went missing between last week and early this week, according to Bobby Monterola, the Provincial Disaster Risk Reduction and Management Office (PDRRMO) in Catanduanes.

Monterola said three groups of fishermen from the towns of Viga, Baras, and Virac went out to sail between November 27 and December 6 despite the no-sail warning from local authorities because of rough seas.

He said six fishermen sailed from Viga town on November 27 and were expected to return on December 1 but failed to do so when their boat sank after it was battered by strong waves. Only two survived the incident — Warly Ebardone and Tolentino Torreda Jr. — while four others — Adrian Lanon, Eduardo Wallet, Arnel Tuonan, and John Paul Tuonan — were still missing.

From Baras town, six fishermen also went to sea at about the same time and met with a similar sea mishap. Only one was confirmed to have survived, a Freddie Mingo, while the others — Ronald Abarle, 28; Dante Torrente, 27; Jover Torrente, 32; Melvin Habagay, 36; and Jarson Arsis, 21 — were still missing, said Monterola.

Those from Virac were three fishers who sailed on December 6 and were expected to return the following day but failed to do so after rough seas capsized their vessel. Two of the fishers — Lemuel Borja, 16; and John Paulj Vargas, 21 — were later confirmed to be alive while their companion, Fernando Vargas, 48, remained missing.

According to Monterola, the survivors were able to swim back to shore.

Aside from local search and rescue team operations, Monterola said he sought the assistance of the Philippine Coast Guard, which dispatched a Cessna plane to conduct aerial reconnaissance for two days to locate the missing fishermen but to no avail.