Robredo hopes other concerns with Anti-Terror Law are addressed too 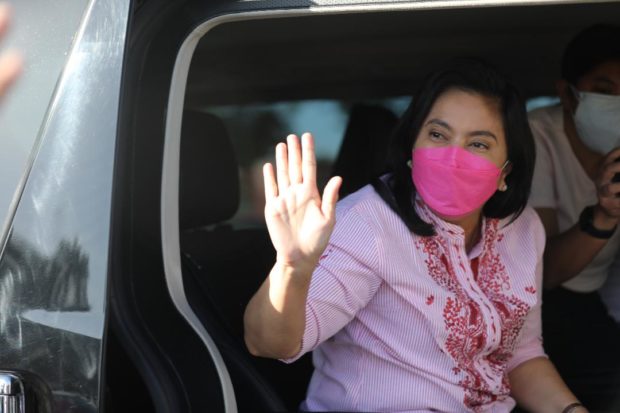 Vice President Leni Robredo during one of the static caravans. Photos by OVP

MANILA, Philippines — Vice President Leni Robredo hopes that other concerns within the Anti-Terrorism Act (ATA) would be addressed also, as the Supreme Court’s Public Information Office revealed that two parts of the law were deemed unconstitutional.

In a statement on Thursday, Robredo said that any anti-terrorism law should target terroristic acts, and not be a weapon against free speech and legitimate dissent.

Robredo’s statements came after the Supreme Court (SC) voted 12-3 to strike down a portion of Section 4 of Republic Act No. 11479.

“Today’s Supreme Court advisory mentioned two provisions among many that were raised by the petitioners against the Anti-Terror Law. We are hopeful that the rest of these concerns will be substantially resolved in the full decision,” Robredo said.

“We remain steadfast in our position: Any Anti-Terrorism legislation must truly address the root causes of terrorism, and should not be used as a pretext to stifle freedom of expression or legitimate dissent,” she added.

This phrase was followed by a qualifier which says “which are not intended to cause death or serious physical harm to a person, to endanger a person’s life, or to create a serious risk to public safety” — the particular portion deemed unconstitutional by SC for being overbroad and violative of freedom of expression.

Aside from that, parts of Section 25 were also considered unconstitutional, which means the government now cannot automatically designate groups as terrorists on the mere basis that they are included in the European Union (EU) or United Nations (UN) lists.

The controversial Anti-Terrorism Act was passed by Congress on June 3, 2020, and was signed into law by President Rodrigo Duterte on July 3.

Just after it was enacted, the law encountered several criticisms as it took effect: a total of 37 petitions were filed before SC to contest particular sections of the ATA which may pose threats to human rights and may be prone to abuse.

Several groups complained that with the current political climate in the country — with human rights workers, activists, and even journalists being red-tagged or linked to communist rebels, the law would be dangerous for government critics.