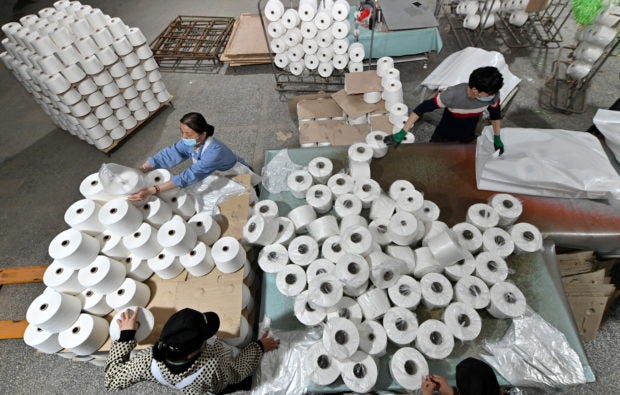 WASHINGTON — The US House of Representatives passed legislation on Wednesday to ban imports from China’s Xinjiang region over concerns about forced labor, one of three measures backed overwhelmingly as Washington continues its pushback against Beijing’s treatment of its Uyghur Muslim minority.

The House backed the “Uyghur Forced Labor Prevention Act” by an overwhelming 428-1. To become law, it must also pass the Senate and be signed by President Joe Biden.

The Uyghur measure would create a “rebuttable presumption” that all goods from Xinjiang, where the Chinese government has set up a vast network of detention camps for Uyghurs and other Muslim groups, were made with forced labor.

China denies abuses in Xinjiang, but the U.S. government and many rights groups say Beijing is carrying out genocide there.

Republicans have accused Biden’s White House and his fellow Democrats in Congress of slow-walking the legislation because it would complicate the president’s renewable energy agenda.

Xinjiang supplies much of the world’s materials for solar panels.

The White House – and congressional Democrats – deny delaying the bills.

The Democratic-led House also passed two other measures related to China and rights by huge margins on Wednesday. The House voted 428-0 for a resolution saying that the International Olympic Committee violated its own human rights commitments by cooperating with China’s government.

It voted by 427 to 1 for a resolution condemning the “ongoing genocide and crimes against humanity” committed against Uyghurs and members of other religious and ethic minority groups by China and calling for action at the United Nations.