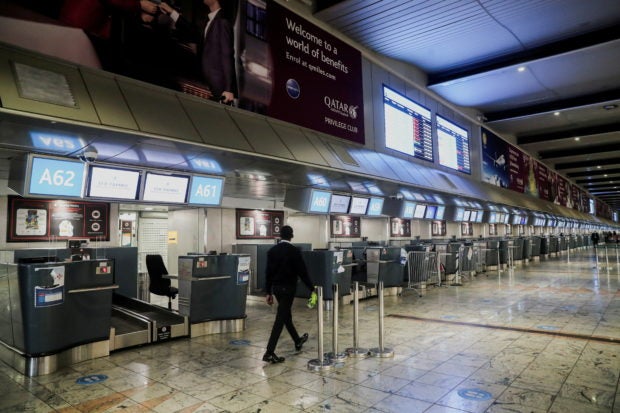 TORONTO  – Canada’s ban on travelers from southern African countries and its refusal to recognize these countries’ PCR tests, aimed at preventing the spread of the coronavirus Omicron variant, is an obstacle for Canadians heading home and increasing international pressure to reverse the measures.

Canada, the United States, the U.K. and other countries have enacted Africa-specific travel bans even as Omicron is detected in more than 50 countries around the world.

Few countries have imposed Omicron restrictions similar to Canada’s requirement that travelers from 10 southern African countries get PCR tests in a third country before coming to Canada.

In the face of travel snarls and accusations that these measures are punitive and lack evidence, Canada is under pressure to reverse them.

Two U.N. agencies pleaded on Tuesday for bans to be imposed only as a last resort in response to new variants.

Dr. Anthony Fauci, the top U.S. infectious disease official, said he hoped the U.S. would lift its ban on travelers from southern African countries in a “reasonable period of time.”

Richard Saunders, a Canadian politics professor who had been doing fieldwork in Zimbabwe and South Africa, was desperate to return home last week.

The Canadian High Commission suggested he fly to Addis Ababa and get a COVID-19 test there despite Canada’s advising its citizens not to travel to Ethiopia because of the armed conflict.

When Canada eventually made a limited-time exemption for certain Lufthansa Airways flights through Frankfurt, Saunders almost missed the news as the message from Canadian authorities slipped into his junk folder.

“I’ve been working in southern Africa for 40 years and the damage this does to Canada’s reputation as a fair player, a fair dealer, is really significant,” Saunders said as he awaited the outcome of his latest COVID-19 test from hotel quarantine near Toronto’s airport.

It remained unclear Tuesday what would happen to Canadians trying to leave South Africa after Dec. 13, the date Canada’s Lufthansa exemption ends.

A spokesperson for Canada’s Global Affairs department said Canadians should email them. There are more than 1,800 Canadian registered with Global Affairs in South Africa but registration is voluntary. It is unclear how many want to leave the country.

Global Affairs did not immediately comment when asked about how the measures impact Canada’s reputation.

“The health rationale is a rationale that has been assessed and proposed by the Public Health Agency of Canada, the experts,” Health Minister Jean-Yves Duclos told reporters Tuesday. He would not explain their reasoning.

The agency did not respond Tuesday or Wednesday when asked to provide the country-specific COVID-19 travel advice it gave the government.

“This has made it worse,” he said, adding that he has South African colleagues now questioning whether they should collaborate and share data with Canada.

“It’s theatre and not science. … It’s damaging in the medium and long term.”