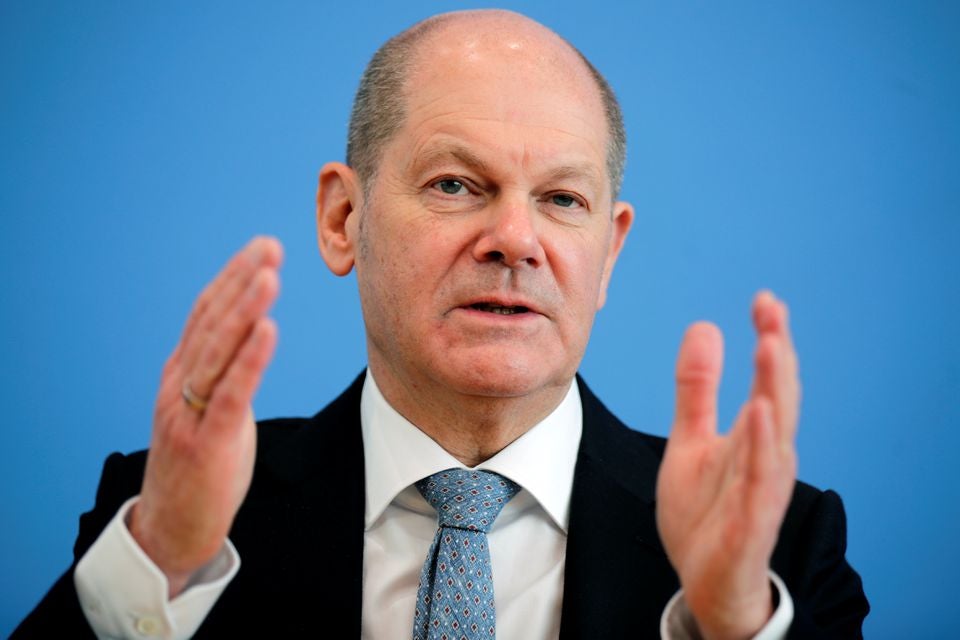 BERLIN — Often described as austere and even robotic, Social Democrat Olaf Scholz nonetheless managed to inspire German voters in this year’s election with a campaign that played on his reputation as a safe pair of hands.

The Social Democrats (SPD) had begun the election campaign at rock bottom in the polls, with many completely writing off Scholz’s chances of heading the next government — so much so that he didn’t even have an official biography until this week.

But Scholz managed to stage a stunning upset, beating Merkel’s conservatives by positioning himself as the best candidate to continue her legacy, even adopting her famous “rhombus” hand gesture on a magazine cover.

Unlike his rivals, he also managed not to make embarrassing mistakes during a campaign that drew on his reputation as a quiet workhorse, using the slogan “Scholz will sort it”.

After a shorter than expected bout of post-election coalition haggling, Scholz has managed to forge an alliance with the Greens and the liberal FDP.

Once described by Der Spiegel magazine as “the embodiment of boredom in politics”, Scholz has been slowly working his way up the ranks since the 1970s.

Born in the western city of Osnabrueck, he joined the SPD’s youth movement in 1975 and was pictured at various peace demonstrations sporting wool sweaters and an unruly crop of long hair.

He became vice-president of the movement in the 1980s but failed to become its leader because he was considered too left-wing, though he later aligned to a more centrist course.

After training as a lawyer and founding his own law firm specialised in labour issues in 1985 — now minus the hair — Scholz was elected to the national parliament in 1998.

During his 2002-2004 stint as the SPD’s general secretary, he earned the nickname “Scholzomat” for his dry yet tireless defence of the unpopular labour reforms of then-chancellor Gerhard Schroeder.

Though not thrilled with the moniker, Scholz admitted in a recent interview with Bunte magazine that “it was certainly not an entirely false description”.

“I was always asked the same questions and I always gave the same answers,” he said, adding that he “laughs more often than people think”.

As labor minister in Merkel’s first coalition government from 2007 to 2009, Scholz helped avert mass lay-offs during the financial crisis by convincing firms to cut workers’ hours with the state topping up their salaries — a policy also used during the coronavirus pandemic.

He was the mayor of Hamburg from 2011 to 2018, overseeing the development of the beloved but wildly expensive Elbphilharmonie concert hall, which he rescued with a controversial multimillion-euro bailout.

For Scholz, whose motto is, “I can only distribute what I have”, the spending was justified by the city-state’s healthy finances.

As finance minister and vice-chancellor under Merkel from 2018, he also suspended Germany’s cherished constitutional debt brake to unleash a trillion-euro “bazooka” to ward off the effects of the coronavirus pandemic on the economy.

However, he is generally seen as fiscally conservative and has insisted on a return to the no new debt policy by 2023 — a rule included in the coalition deal.

This cautious approach has at times left him marginalised within his own workers’ party, overlooked in a leadership vote in 2019 in favour of two relatively unknown left-wingers.

But the SPD succeeded in uniting behind him as its chancellor candidate in this year’s election campaign.

Scholz lives in Potsdam on the outskirts of Berlin with his wife Britta Ernst, also an SPD politician. They have no children.

He saw his fair share of scandals as finance minister, including the Wirecard fraud debacle and allegations that the FIU anti-money laundering authority under his auspices had failed to report potential wrongdoing to the relevant authorities.

But his calm demeanour has helped him weather the turbulent times and found favour with fellow politicians — including FDP leader Christian Lindner, who has described him as a “strong leader”.

“He has the experience and professionalism to lead this country into a good future,” Lindner said.

Merkel, too, has said she will be able to “sleep soundly” with Scholz as her replacement.