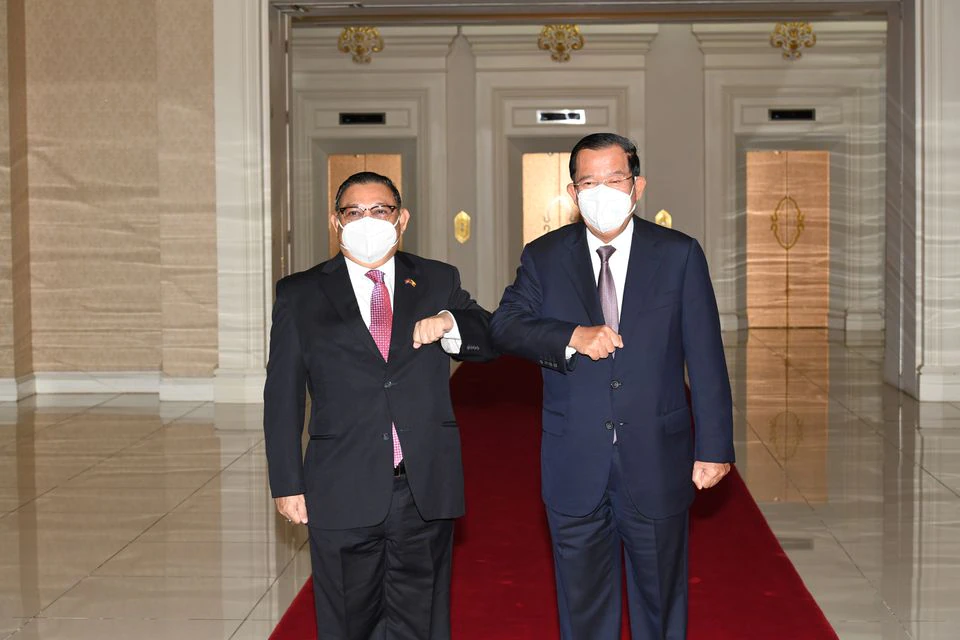 Cambodia will be the chair of the 10-member Association of Southeast Asian Nations (Asean) next year, a bloc that includes Myanmar.

Asean has seen divisions emerge between members over its diplomatic efforts to resolve the crisis in Myanmar since Suu Kyi’s government was overthrown in a Feb. 1 coup and she and others were detained.

Myanmar’s military leader Min Aung Hlaing was not invited to the annual summit of group leaders in October hosted by Brunei after members failed to reach a consensus, but Hun Sen on Monday said junta officials should be invited to the bloc’s meetings.

Myanmar has been in turmoil since the coup, which led to widespread protests and raised international concern about the end of tentative political reforms following decades of military rule.

A Myanmar court found Suu Kyi guilty of charges of incitement and breaching coronavirus restrictions on Monday, drawing international condemnation of what critics described as a “sham trial”.

She is set to serve two years in detention at an undisclosed location, a sentence reduced from four years after a partial pardon from Myanmar’s military chief.

Suu Kyi’s supporters say the cases against her are baseless and designed to end her political career and tie her up in legal proceedings while the military consolidates power.

Her conviction had been widely expected in Myanmar. Demonstrators in the largest city, Yangon, risked arrest to stage a flash protest right after the verdict though there were no immediate reports of fresh demonstrations on Tuesday.

Hun Sen, who has over the years faced criticism from rights groups and Western governments over what they see as his suppression of democracy, said on Monday he planned to visit Myanmar for talks with its military rulers.