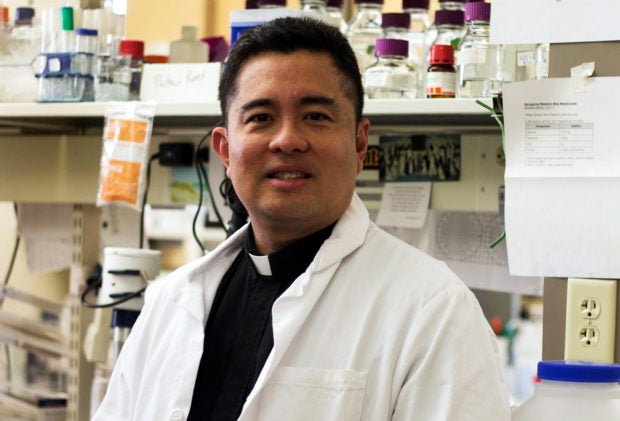 Austriaco had just finished making a presentation on the Omicron COVID-19 variant and making recommendations on how to prepare for it when Duterte asked him if he was open to accepting the job.

“I would be happy to appoint you as secretary of health if that is okay with you,” Duterte said.

Austriaco declined the offer, saying he would rather have Duque stay in his post.

“No, sir. Secretary Duque is doing a fine job,” the OCTA fellow said.

Duterte pressed on with his offer, saying Duque would be happy to be replaced.

“He has shown a desire to really to rest after all this ruckus,” Duterte told Austriaco. “I’ve been forcing him to stay, but he would be happy to give way to you, I’m sure,”

Austriaco,  a Dominican priest, is also part of the team developing what would be the first Filipino-made COVID-19 vaccine.

Shift in stance: Duterte won’t fire Duque but will accept if he offers to resign