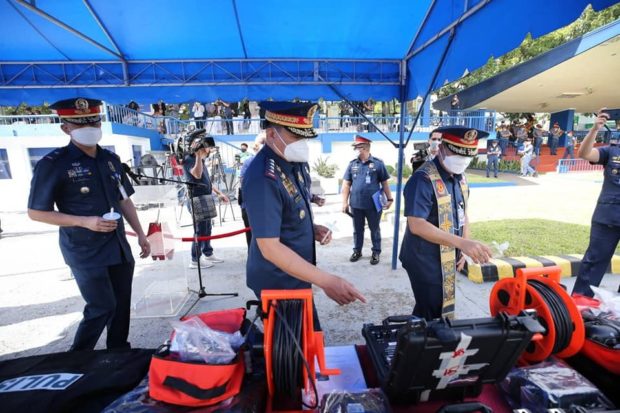 MANILA, Philippines — The Philippine National Police (PNP) has acquired various equipment, including vehicles, tactical vests and other gadgets worth P398.2 million, as part of its Capability Enhancement Program that started in 2018.

During a program on Monday morning, the equipment that was turned over to the PNP and other items donated by the police organization’s partner groups were shown publicly before being commissioned to different police offices.

According to PNP’s acting director for Logistics, Brig. Gen. Ronaldo Olay, the patrol vehicles would be given to police stations, while the tactical and undershirt armor vests would be handed to Provincial Mobile Force Companies and police stations. 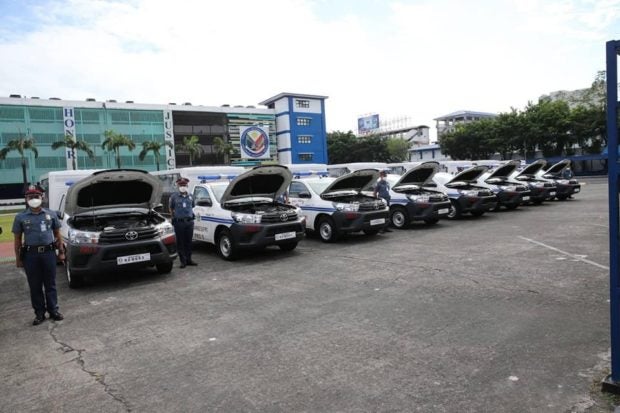 The rapid deployment CCTV system would be handed over to the Directorate for Operations; the integrators for the Police Regional Offices.

Carlos meanwhile assured that different police stations would receive the new patrol vehicles to ensure that they can do their tasks properly, like conducting patrols and ensuring that health protocols are being observed.

Also, the PNP chief also witnessed the provision of the donated personal protective equipment and COVID-19 vaccines that would be used for possible booster shots of field personnel, with priority to those on the frontlines of the enforcement quarantine protocols.

Among the donors include Zuellig Pharma Corporation, Philippine Fujian Business Association, HMR Philippines Inc., the Taipei Economic and Cultural Office, and the Taiwanese Compatriot Association of the Philippines.

“It’s a good day for us. It’s a good Monday, it’s nice to start the week with a Monday with our community partners from the different sectors that joined us this morning and helped us,” Carlos said.

“They’re really our partners in delivering police and public services to our fellowmen by delivering the needed equipment and these vaccines and these face masks, protective equipment that would protect our frontliners, our police-medical frontliners and our police-quarantine control point personnel,” he added.